Carnival's newest and largest addition, 'Mardi Gras', made her debut at sea today as she headed out for sea trials.
Read more
Ports

It has been an important week for the cruise industry as cruise line suspensions continue and new health measures are a major focus on returning to service in the U.S.
Read more

The luxury cruise business is growing with Seabourn Cruise Line announcing that it has ordered another 40,350 ton vessel to be delivered by Spring 2018.

The newly ordered ship will be built by the Italian ship building company Fincantieri which also builds cruise ships for many of the worlds largest cruise lines. The ship will be the same as it;s sister ship which is scheduled to be delivered to Seabourn in late 2016.

Hospitality design icon Adam D. Tihany will also design the second new ship in its entirety, creating all indoor and outdoor guest areas, including multiple dining venues; the Spa at Seabourn; showrooms; casino and lounges; outdoor deck areas; and the innovative and popular Seabourn Square, the social hub of the ship with a club-like ambiance.

“There has been an incredible amount of excitement and interest since we announced the order for the first ship, and we’re very pleased that the demand for our brand has allowed us to add a second new ultra-luxury ship to our expanding fleet,” said Richard D. Meadows, Seabourn’s president. “These two new ships will offer the understated elegance we are known for, as well as new amenities, innovations and modern design features that embody the hallmarks of Seabourn.”

The new ships’ configuration will be based on the highly popular Seabourn Odyssey-class ships, with one additional deck and new expanded public areas. Each ship will carry just 604 guests based on double occupancy in luxurious all-suite, veranda accommodations. The interior design will maintain Seabourn’s high ratio of space per guest and enable highly personalized service by nearly one staff member per guest on board.

Both of the new ships will continue the fleet modernization that the line began in 2009 with the launch ofSeabourn Odyssey. This award-winning new class of ship, which includes Seabourn Sojourn (2010) andSeabourn Quest (2011), has won acclaim from luxury cruisers, travel agents and journalists alike, one of whom proclaimed the design “a game-changer for the ultra-luxury cruise segment.”  With the addition of these two new vessels, Seabourn will have the most modern, ultra-luxury fleet in the industry. 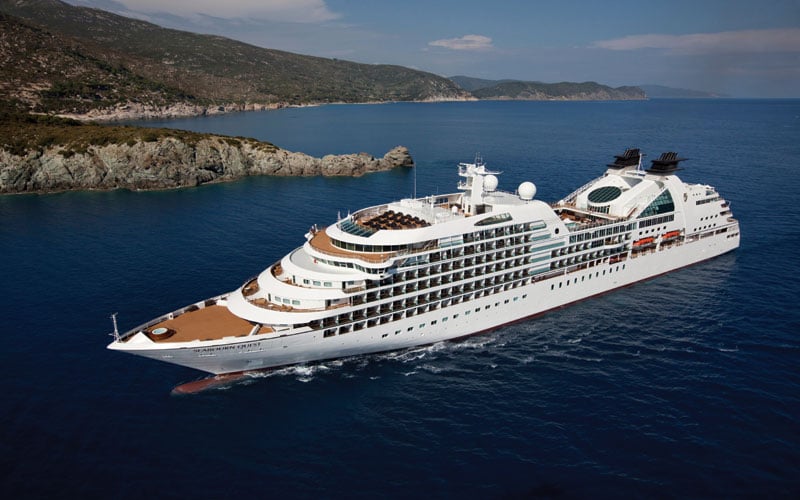