A major milestone has been made with Viking Cruises first ever Ocean Cruise Ship completes its sea trials with success.

The Sea Trials of the Viking Star took place in the middle of December 2014 where the new 930 passenger vessel did many tests while sailing in the Aegean Sea. Some of the test include the propulsion systems and navigation systems. it an important step in the construction process to make sure everything is working correctly.

“Following six months of nonstop construction since her float out, this was a major milestone for Viking Star,and we are proud to be another step closer to launch,” said Torstein Hagen, Chairman of Viking Cruises. “Now we can focus on the finishing touches, and we look forward to welcoming guests onboard in two months’ time.”

The Viking Star which is set to become one of the most luxury cruise ships ever set sail on the ocean is now currently at Fincantieri’s Marghera shipyard for final outfitting and interior decorating. this is the time when all the inside spaces start to come alive with hundreds of contractors and even some crew members getting the ship ready for its debut in April 2015.

The cruise line has released a video of the Sea trial which you can watch below:

The cruise line which is mainly known for offering River Cruises will sail to destinations where larger cruise ships can’t. Passengers will also be able to experience many features that can also be found on the larger vessels. Viking Star will still have its own neat onboard features including the Spa’s “snow grotto” where snowflakes gently descend from the ceiling through chilled air and even 14 Explorer Suites, which are two-room suites ranging from 757 to 1,163 sq. ft.

Viking Cruises is also offering U.S. residents an Early Booking Discount with 2-for-1 pricing on cruise departures and up to $750 per person off international air which is on now until February 28th. This is just the beginning for Viking Cruises as two more sister ships have also been ordered.

Viking Star will make its passenger debut on April 11th. She will then set sail from Istanbul, making her way through the Mediterranean and into the Atlantic on her way to be officially christened in the homeland of the Vikings. On May 17 in Bergen, Norway. 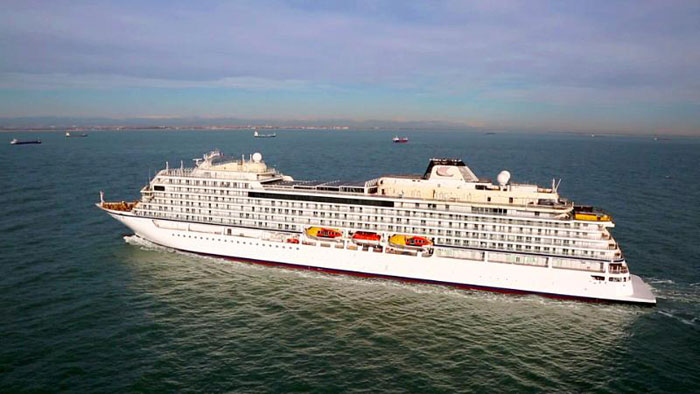