Scientists And Passengers On Stranded Ship In Antarctica Are Rescued

The Scientists and passengers who have been stranded on a ship in the Antarctic ice have finally been rescued earlier today. The rescue was thanks to the helicopter from the Chinese ship Snow Dragon which picked up all 52 people from the stranded Russian ship Akademik Shokalskiy. The Chinese helicopter made round trips which took 45 minutes each. It took the stranded people to the Australian icebreaker Aurora Australis which was near by after also failing to break through the thick antarctic ice.

We’ve made it to the Aurora australis safe & sound. A huge thanks to the Chinese & @AusAntarctic for all their hard work! #spiritofmawson

The scientists and passengers have been saved but not the Russian ship or her crew. It’s being reported that at least one more larger ship is on its way to finally break through the two metre ice. The ship could possibly be from the United States. The crew are set to be fine as there are lots of supplies onboard to last for weeks.

Christ Turney and his team of scientists can now spend some time with their loved ones. thankfully they were always in high spirit and even prepared an area of ice for the Chinese helicopter to land so they could be rescued. They were never in danger and were always keeping in touch with the world via social network sites.

If you didn’t already know it was on December 23rd when the Russian vessel got stuck in thick ice while on a reasearch mission to study the effects of climate change in the region. Several ships had tried to break through the ice to rescue the russian ship but with no luck.

It started with the Chinese ice breaker, Snow Dragon which only had 6 more nautical miles remaining until the ice was too thick to break. The ship still stayed near by as it;s helicopter was still able to assist in rescue efforts. Then the French icebreaker, L’Astrolabe came and it didn’t do any better as it was already finding the ice too difficult to break through. The Australian ship, Aurora Australis then came onto the scene and also couldn’t break through the ice but did stay in the region to help with the final rescue effort.

You can read back at all the previous reports of this long ongoing event and we’re sure there’s more to come with the final rescue of the Akademik Shokalskiy. Let us know what you think of 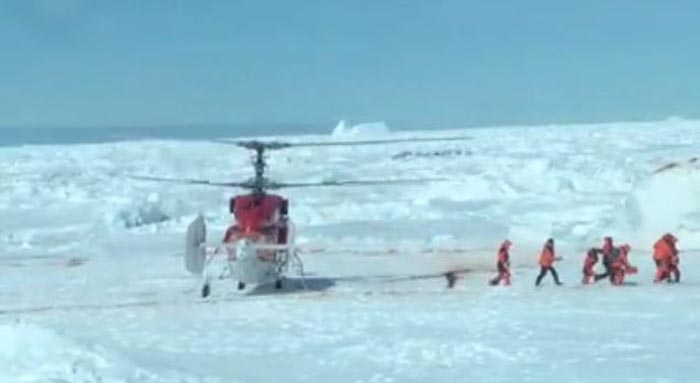