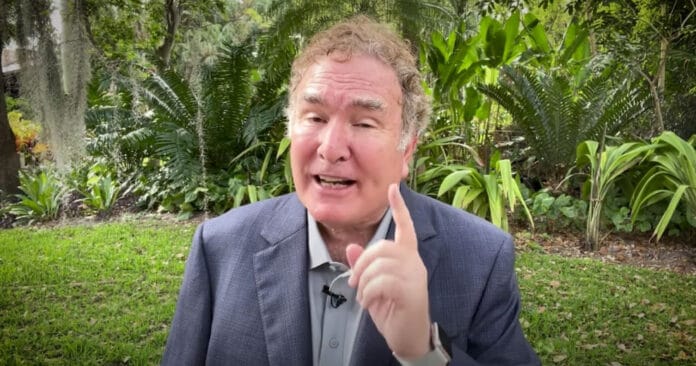 Richard D. Fain delivered a video message today with the hope of a better future, and patience, as the end is not quite here yet. He also talked about no decision yet on vaccine requirements for guests.

The news of Odyssey of the Seas operating her maiden season in Israel was an incredibly positive step towards cruising resuming. However, the cruise line requires guests over 16 to be vaccinated onboard. News met with skepticism by avid cruisers, while others have been overjoyed by the prospect of being able to set sail.

That is just a small part of the larger message that Fain delivered, which was one of increasing positivity and looking forward to a better tomorrow.

It’s No Time For Dessert Just Yet

Richard D. Fain is a man who likes his desserts, that much is clear after the Chairman and CEO of Royal Caribbean Group posted his video message to price a situation update.

In the video message, Mr. Fain announced the cruise company is going full steam ahead to a new chapter after celebrating a full year of virtually no cruises worldwide. It has been a year of frustration, disappointment, anger, and uncertainty. You can watch the full video message below:

However, work is being done to prepare the company and its vessels for a healthy return to service. Keep in mind that the period, until ships are sailing in any worthwhile numbers, will be the most frustrating one, according to Mr. Fain:

“Ironically, while we are now entering what should be the most positive phase of the process, it may also be one of the most frustrating phases. These are the most hopeful days we’ve had in a long time. But as we get closer to our goal, we inevitably also get more impatient to reach it. It’s like eating dinner.”

The message came with a word of warning though, while the situation looks promising now, it could very well end up badly again for the various cruise lines:

“This is the current trend and we need to be careful that we don’t screw it up as eager as I am to get to dessert, especially if it involves chocolate cake. I know I should eat my entree before I eat the cake.”

Why Did Royal Caribbean Go To Israel?

Fain also went into detail about the choice of bringing Odyssey of the Seas to Israel. Companies have been favoring Spain and Italy in the last six months to cruise from. Costa, MSC, TUI, and others have all been sailing from these countries. Therefore Israel seems to be a strange choice.

According to Fain, the choice was clear. Israel currently has the highest number of vaccinations in the world. The country has also shown the vaccines have been 99% effective against anyone getting seriously ill.

The fact the company has chosen, together with the Israeli government, to sail only with Israeli guests who have been vaccinated has been an easy decision:

“This is a big deal. It will give us a new opportunity to demonstrate in a tangible way, how we can accomplish our goal of operating cruises in an appropriate and safe manner. The question is no longer when will cruising resume. It already has resumed. Odyssey of the Seas will be our fifth ship operating around the world and is very much a part of our ramp up.”

Does This Mean All Ships Will Require Vaccinations?

Royal Caribbean has been operating ships for many months now. There have been ships sailing in Singapore and the Canary Islands without incidents whatsoever. It looks like the Odyssey of the Seas is more an isolated vessel than a benchmark for others.

Related: How Important a Vaccine Could Be for Cruises in 2021

Realistically speaking, there will be cases onboard ships, especially as we start seeing more and more ships sailing; this will inevitably happen. As Richard Fain states, as long as there are procedures in place, this will be minimized:

“I believe it’s possible to establish strong protocols to deal with those cases. When they arise, our goal is to isolate individual cases. So they don’t become an outbreak, which ruins the vacation of everyone else. Our isolation and contact tracing protocols will help isolate the few cases that do occur. Clearly, the experiences in Singapore, Germany, Italy, and the Canary Islands are demonstrating that safe and healthy cruising is possible.”

Will the cruise line be requiring vaccinations from all onboard?

While we aren’t there yet, the positivity in Mr. Fain’s message is something that we haven’t seen much in the last year from any CEO from any major cruise line. Could it be that we are on the way back? It is certainly starting to look like it.

Worth Reading: Royal Caribbean Reports Huge Losses and Realistic About 2021

Countries are re-opening, Cruises are sailing, vaccination programs are running, and soon we will see Odyssey of the Seas, sailing in Greece, Cyprus, and Israel. While Odysseus was the victor in Greek mythology, maybe Odyssey will be the victor in the fight to restart cruising.