Royal Caribbean’s Odyssey of the Seas cruise ship which is currently under construction has been delayed until Spring 2021.

Odyssey of the Seas Cruises Cancelled Until April 2021

With the COVID-19 crisis impacting new cruise ships currently under construction, Royal Caribbean has announced that Odyssey of the Seas will be delayed and won’t be arriving until Spring 2021.

So the reason the second Quantum-ultra class ship is delayed is due to shipyard operations at Meyer Werft in Papenburg, Germany. The popular yard has been dealing with the health situation and has needed to limit the number of workers along with social distancing.

In a recent video posted by the shipyard which you can watch below, recent fires during Odyssey of the Seas construction also had an impact on the schedule.

Royal Caribbean has also stated its supply chain is impacted and as a result Odyssey of the Seas will be delayed. This means all planned sailings between November 5, 2020, to April 17, 2021 are cancelled.

Guests booked on the cruises will be offered compensation including cruise line’s “Lift & Shift” program. A 125% Future Cruise Credit (FCC) can be chosen which must be used by the end of December 2021 on sailings through April 2022.

For those who no longer wish to take a cruise vacation on the ship can also request a full refund before the end of the year. Guests can also choose to move an exciting booking to a 2021 sailing within 4 weeks before or after the original sail date in 2021.

A couple of changes were announced for the when the ship does finally enter service. The cruise line stated “The trapeze school will no longer be a feature of the SeaPlex. Also, we are modifying the age restrictions to the Sky Pad — guests must be at least 7 years old to jump, and at least 13 years old to jump with a virtual reality headset.”

It comes as no surprise the ship’s debut has been pushed back as Royal Caribbean has hinted that new ship deliveries would be delayed due to the global situation. A similar situation is happening with other planned new cruise ships across the industry.

Odyssey of the Seas was originally scheduled to debut in November 2020 but instead will debut in Europe spending her inaugural season sailing Eastern Mediterranean cruises from Rome. The ship will then reposition to Fort Lauderdale, Florida as planned in November 2021 to sail Caribbean cruises.

Royal Caribbean has currently suspended cruise operations in the United States through September 15, 2020. Depending on the region cruises are cancelled for even longer such as Canada where sailings are cancelled through October 31, 2020. 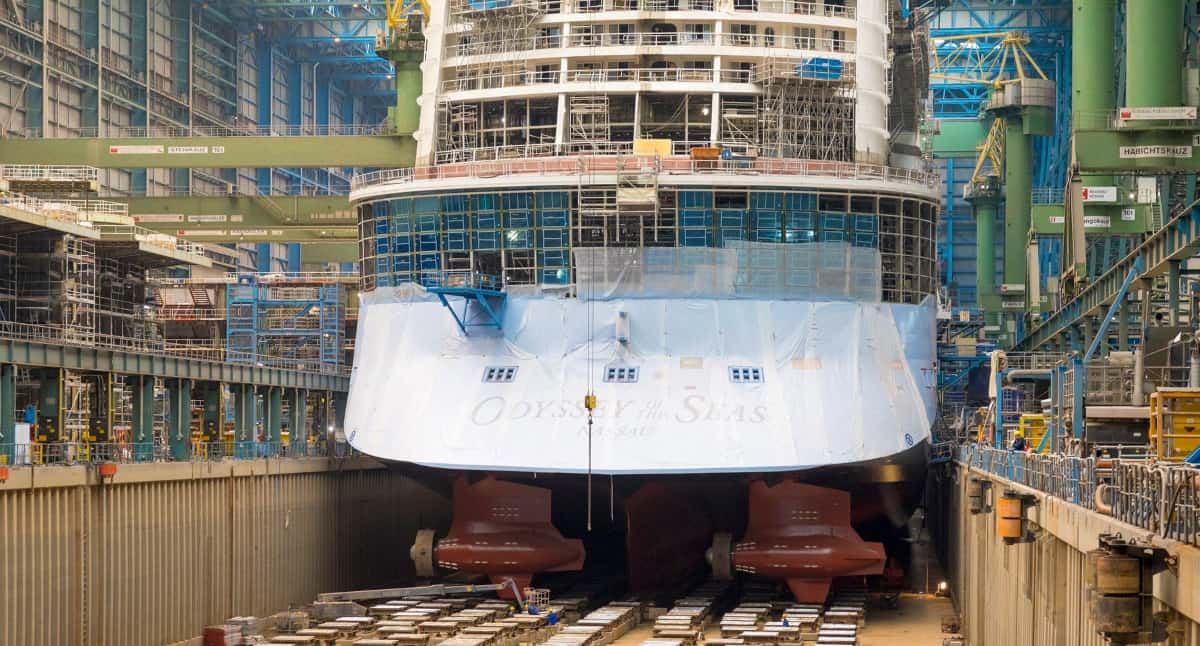