Royal Caribbean's Millionth guest from Singapore surprised with a free cruise on Mariner of the Seas along with VIP treatment and huge savings.

Mr. Wong Sin Fatt is a very lucky man as he is Royal Caribbean’s millionth cruise guest from Singapore. The 52-year-old cruiser boarded Mariner of the Seas when it was docked in Singapore on Monday, January 22. When Mr. Wong arrived, to his surprise he was welcomed by cheering crew members at the gangway, if only every cruise ship embarkation was like this!

Mr Wong, who is travelling with his family of eight for a vacation, said:

“This definitely made my holiday knowing that I’m the millionth guest for Royal Caribbean! This is my first time with Royal Caribbean, but never dreamt of winning something like this. My sister wanted a different holiday experience for the whole family, and I’m really excited about my prize that I’m sharing with my family with me here”.

It got even better for the special guest, the celebration continued onboard the Royal Caribbean cruise ship along with an appearance from both of the ship’s captains at the Viking Crown Lounge. Also in attendance to mark the major milestone was Mr. Sean Treacy, Managing Director, Asia Pacific of Royal Caribbean Cruises Ltd.

Take a look all cruise prices for Mariner of the Seas below with the booking and stateroom options.

“We are happy that more and more people are cruising with us as we bring more and larger ships to Singapore and the region over the last decade, growing from a 2,000-guest ship 10 years ago to three ships double the size today.

They include our newest Quantum Class ship Ovation of the Seas and Voyager of the Seas which will be back for more sailings later this year. We hope to continue making Royal Caribbean International a top vacation choice in Asia – and that we can expect our next millionth guest very soon.”

The Millionth Guest Gets a Free Cruise!

Mr. Wong and his sibling were given a millionth guest prize package worth over $2,400. The package includes his current 4-night Penang & Phuket cruise to be free for his stateroom. The cruise line has also given him $300 to spend on Mariner of the Seas and $1,000 credit for a future cruise with Royal Caribbean. He will be treated to VIP treatment while on Mariner of the Seas and a behind the scenes tour, on the house of course!

About Mariner of the Seas Based in Singapore

Mariner of the Seas offers short itineraries from Singapore in Asia. The Royal Caribbean vessel will depart from the popular Asian destination on April 9, 2018, to makes its way towards the new homeport of PortMiami, Florida. In June 2018 Mariner of the Seas will begin sailing short cruises to the Bahamas including calls in Nassau and the private island of Coco Cay. The vessel is 138,000 gross tons and has a passenger capacity of over 3,100. 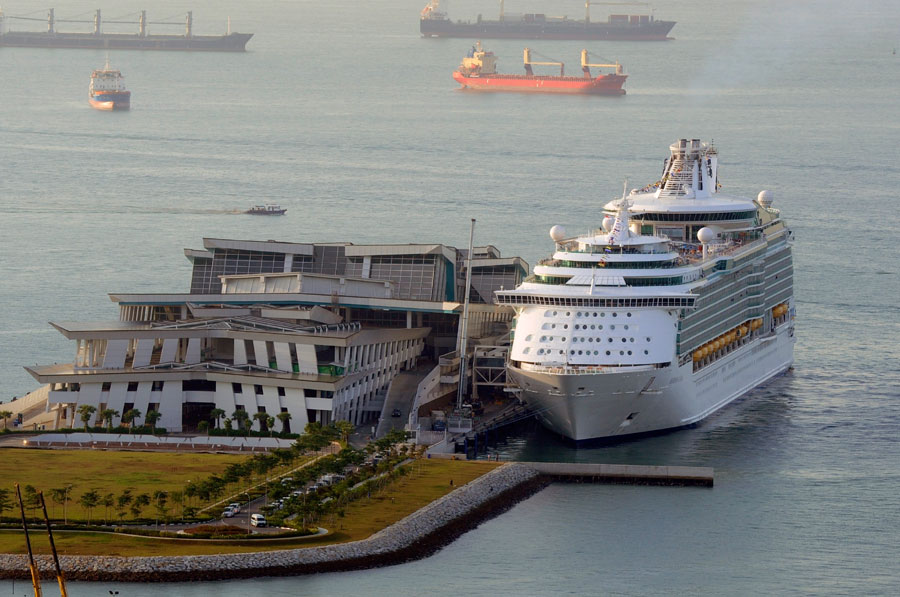