Royal Caribbean has announced that some major news will be revealed on November 7th and has teased what’s to come.

When a cruise line teases that some big news is on the way then it’s usually true, this happened just days ago with Virgin Voyages. Royal Caribbean has teased online that something new is to be revealed on November 7 and there are many things this could be.

The cruise line posted that new adventures are coming and what we’ve seen so far hints at something on land. No cruise ship is featured in a new video tease but maybe it’s just a plan to be something totally surprising, who knows.

The world’s largest cruise ship Symphony of the Seas is coming in Spring 2018 so the reveal may be related to that. Another possibility is something new and adventurous on Royal Caribbeans private island of CocoCay in the Bahamas.

We’ll just have to wait and see what the reveal is on November 7 but until then let the guessing begin! 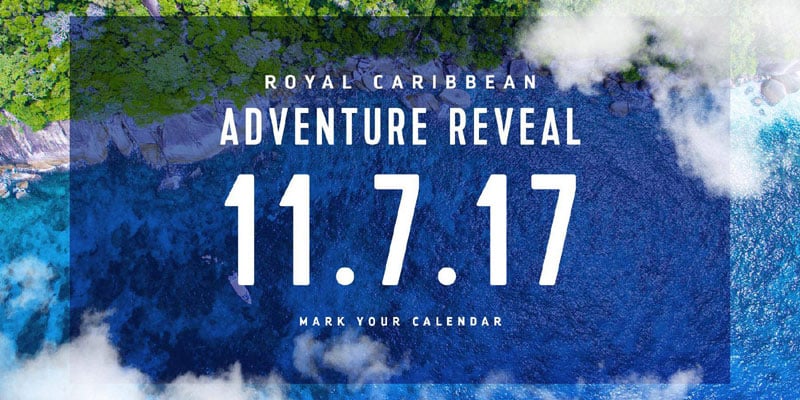