Royal Caribbean Takes The Helm of Quantum of the Seas

After months of final preparations, tests and installations one of the worlds most innovative cruise ships has finally been delivered to Royal Caribbean.

Quantum of the Seas was today (20th October 2014) delivered to the cruise line from the German ship building company Meyer Werft. The official handing over ceremony was held in Bremerhaven, Germany where Royal Caribbean and Meyer Werft executives attended to signings ceremony.

The ship is to sail to Southampton, UK today with Captain Srecko “Felix” Ban at the helm. The cruise industry is expecting large crowds as the 167,800 vessel will welcome passengers for the very first time. The ship will then depart on a transatlantic cruise on November 2nd finishing in it;s new home port of Cape Liberty Cruise Port, Bayonne, New Jersey.

Quantum of the Seas will sail from New York harbor to the Bahamas and the Caribbean for her inaugural season before departing for her new homeport of Shanghai (Baoshan), China, in May 2015. Sister-ship Anthem of the Seas will debut in Southampton in April 2015 and sail Mediterranean itineraries.

Quantum-class ships are the world’s most technologically advanced in the world with “boatloads of bandwidth” which allow the cruise line to offer unprecedented connectivity – 500 times more than any other cruise ship; easy-to-use systems that expand guest choices and simplify schedules, plus, RFID technology that speeds up the boarding process and allows guest to track their luggage every step of the way.

The ships offer new unprecedented features, such as RipCord by iFLY, the first skydiving experience at sea; the North Star, an engineering marvel that transports guests more than 300 feet above the ocean; SeaPlex, the largest indoor sports and entertainment complex at sea with bumper cars, roller skating and more; as well as the Bionic Bar powered by Makr Shakr which features the world’s first robotic bartenders.

staterooms ever, including the industry’s first-ever staterooms with Virtual Balconies, which offer expansive, real-time views of the ocean and exciting destinations from every interior stateroom. 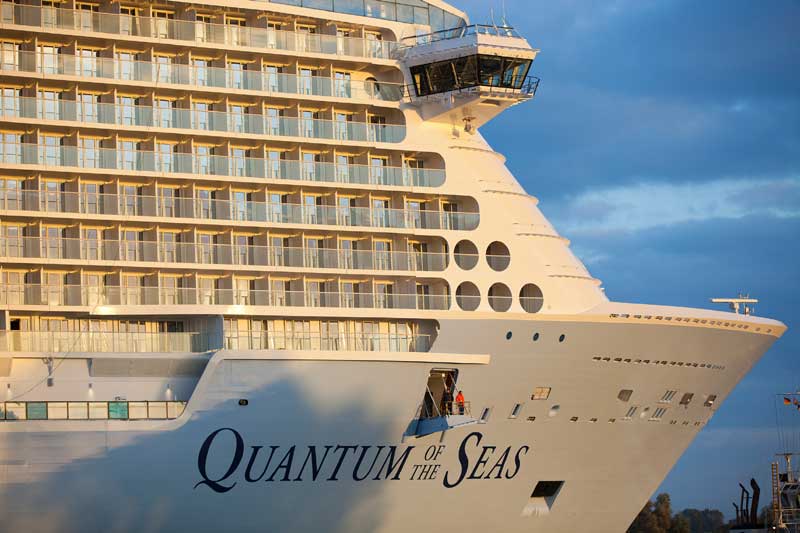