Royal Caribbean Shows Us How Two Giant Panda’s Were Installed

Ovation of the Seas is Royal Caribbean’s latest addition to the fleet, the ship was also the third Quantum class vessel to receive giant animals. Well now the Miami based cruise line has posted a video showing us how it was all done.

The Mama and Baby Panda art collection were installed when Ovation of the Seas docked in Southampton, UK for the very first time just 10 days ago. The Panda’s are designed by a U.K.-based artist Jo Smith and they are a perfect match for when the 167,800 gross ton ship arrives in China this June.

Even though the video is really brief at just a shocking 19 seconds it is a nice insight. To make up for the short video we’ve also got another video showcasing Ovation of the Seas arrival at Southampton. This video is much better at over 1 minute.

Ovation of the Seas is sailing a series of cruises out of Southampton before embarking on a 52-day Global Odyssey. the voyage will call at some of the greatest destinations in the world before finally reaching its new homeport of Tianjin, China on June 24, 2016. The vessel will also be christened by Chinese celebrity Fan Bingbing. After a season in China the ship will spend a season in Australia along with a recently announced second season in 2017. 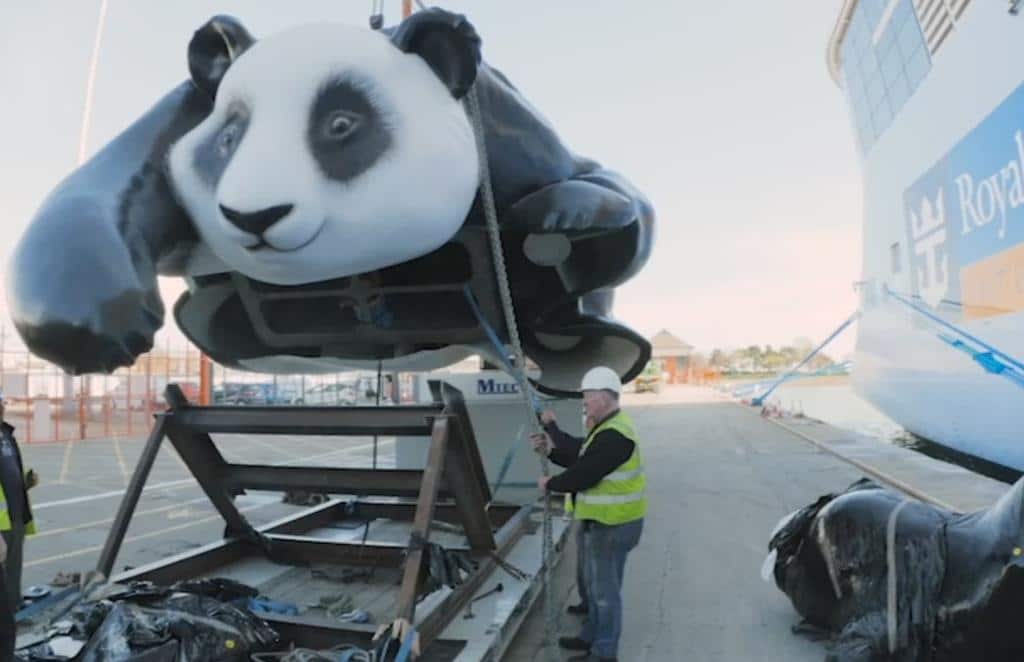