Royal Caribbean has decided to cancel the remainder of the cruise for Oasis of the Seas due to a norovirus outbreak. The virus bug has already spread to at least 266 guests.

Oasis of the Seas Cruise Canceled

A gastrointestinal illness which is commonly known as Norovirus has spread on the current Oasis of the Seas sailing out of Port Canaveral. According to the Centers for Disease Control, there are at least 266 passengers now infected along with 11 crew members. The cruise line has decided to cancel the cruise and make the large Oasis-class vessel return to port.

Sharp increase in Norovirus cases. Oasis of the Seas is aborting it’s trip to Cozumel, and returning to Port Canaveral, docking Saturday. #royalcaribbean

The outbreak first began when the Royal Caribbean cruise ship was sailing to Falmouth, Jamaica after a call in Haiti on January 8. The cruise line had first hoped the outbreak could be contained but now the number of sick guests has gone up leaving the cruise line no choice but to abandon the current itinerary.

I’m on the Oasis of the Seas cruise ship right now and over 2% of the boat is sick. We just got word that they’ve cancelled the rest of the trip and are bringing us back to Florida

Many passengers have been posting updates on social media. Some have been understanding and some not too happy about the situation onboard.

@RoyalCaribbean so since the Nora virus is stopping us from disembarking the boat on oasis of the seas, can you please refund my excursions? Also, the priority disembarkation I have included with my purchase of the Key does not seem to be very helpful at the moment

When the ship did call at Falmouth, Jamaica on Wednesday, January 9 the outbreak had become so bad the cruise line canceled all shore excursions. Passengers had to stay onboard the ship.

@RoyalCaribbean has handled things really well. Theres no way they could have prevented this, and the crew has been extremely diligent in making sure things get clean and stay clean. It's been an unfortunate turn of events but, given that we're being refunded, all is well

The ship has activated procedures for dealing with these type outbreaks which includes enhanced sanitation with the crew cleaning public spaces, sock passengers staying in cabins and a limit on major gatherings are often implemented too.

Oasis of the Seas is now returning to Port Canaveral and will not be sailing to the next original scheduled port of Cozumel, Mexico on January 11. The cruise line has stated that the ship will arrive back at its homeport in Florida a day earlier so that extra cleaning can be done ready for the next sailing on January 13.

Also Read: 12 Things to do In Falmouth, Jamaica

Guests are receiving a full refund for the canceled cruise and not having the experience they were hoping for on the 7-night Western Caribbean cruise. Oasis of the Seas is one of the largest cruise ships in the world at 220,900 gross tons with a guest capacity of 5,400 at double occupancy. 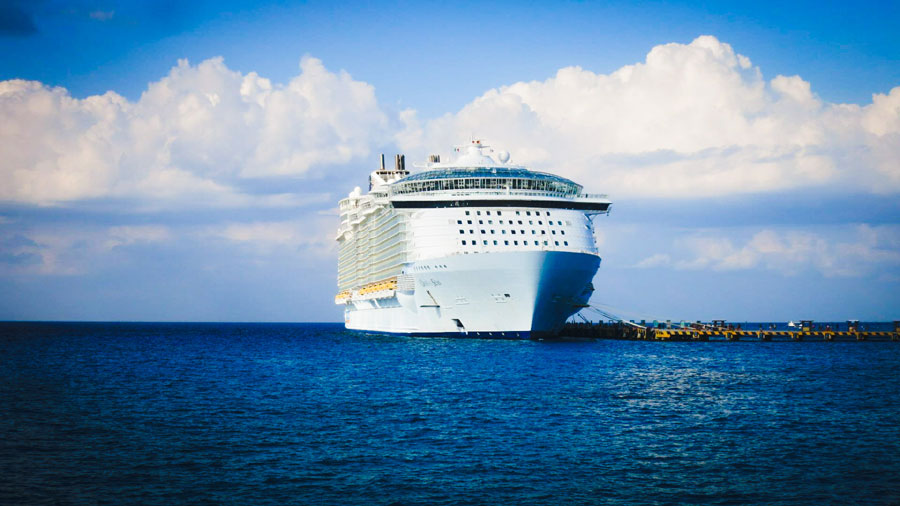