Royal Caribbean has released a first look at features for the new Odyssey of the Seas cruise ship which will arrive in 2020.

Odyssey of the Seas Features

It’s time to start getting excited for Odyssey of the Seas which is the second Quantum Ultra class cruise ship from Royal Caribbean. The new ship will kick of Caribbean cruises from November 2020 and will be the first in her class to be based from the U.S.

The cruise line has teased all the action-packed features that guests will be able to enjoy onboard. Highlights include a newly imagined Adventure Ocean for the kids, the next generation SeaPlex activity space, a new Teppanyaki restaurant and a lot more.

“Odyssey of the Seas will set an all-new standard created to deliver the most memorable vacations by combining immersive experiences, the best of Royal Caribbean’s trendsetting innovations and the signature ‘Royal Way’ service of our dedicated crew members.”

“This Quantum Ultra Class ship introduces a new way to see the world as she becomes our first purposefully built vessel for island hopping on both sides of the Atlantic.”

Here’s a brief rundown of all the features that Royal Caribbean teased for the new Odyssey of the Seas cruise ship. There are some new features along with expanded spaces already seen on sister ship Spectrum of the Seas.

These are just a handful of what will be featured on the large new cruise ship which is currently under construction at the Meyer Werft shipyard in Papenburg, Germany.

The inaugural season will begin in November 2020 with Caribbean cruises out of Fort Lauderdale, Florida. She will sail 8- and 6-night itineraries including calls to Curaçao, Aruba, Grand Cayman and Mexico.

In May 2021 the vessel will be based out of Rome, Italy and will sail in Europe during the summer season, She will also be the first Quantum Ultra class ship to be based in Europe. 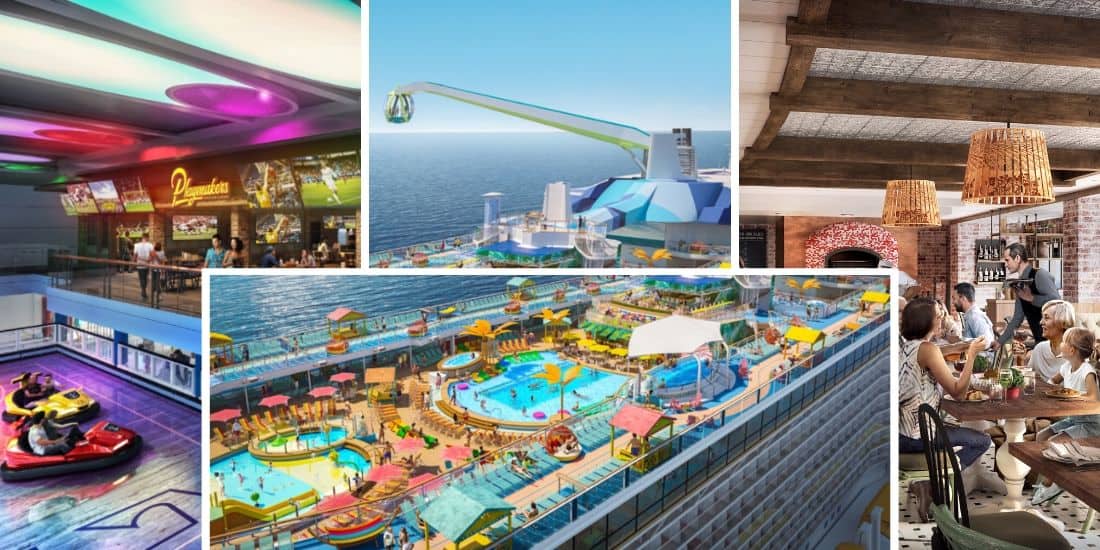