Royal Caribbean have released new photos from the French shipyard where the third oasis class vessel is being constructed.

The unnamed cruise ship is currently being constructed at the STX shipyard in St. Nazaire, France. It will be the same class as Oasis of the Seas and Allure of the Seas but at a slightly larger 227,700 gross tons. take a look at the photos below released by the cruise line:

Not much information has been released yet but we do know that the ship will make its debut in April 2016 so expect more details to be released by Royal Caribbean over the coming months. The ship will feature seven distinct themed areas just like her sister ships. Also we’re pretty sure Royal Caribbean will offer something innovative and new to the cruise industry. Cruise Hive will keep readers informed as new details are released but until then feel free to post in the comments below about what you would like to see featured on the Third oasis class ship. 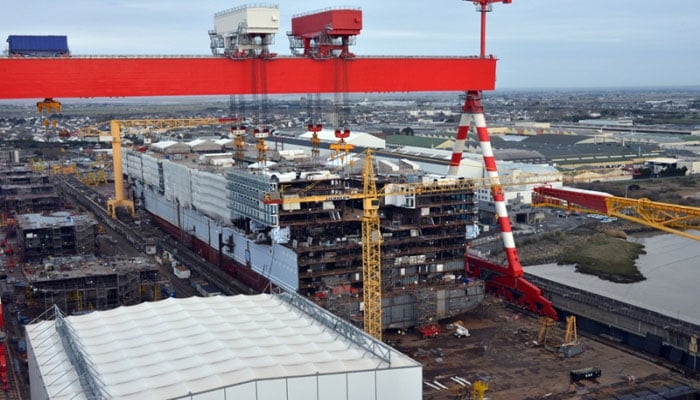