Royal Caribbean has opened its brand new futuristic cruise terminal at PortMiami, Florida. The new Terminal A at the cruise capital of the world is the biggest cruise terminal in the United States.

Royal Caribbean in collaboration with Miami-Dade County has opened a new futuristic-looking cruise terminal at PortMiami, Florida. The new Terminal A is the largest in the United States and starts a new era for the cruise line and sister brands sailing from the popular homeport.

The gates to your next vacation have been opened. Check out the brand new, state-of-the-art Terminal A. pic.twitter.com/Z29e1mGakb

“Terminal A is an important milestone in the growth of the cruise industry in South Florida and underscores our commitment to Miami, where our company was founded almost 50 years ago.”

The new terminal is built for the largest cruise ships in the world including Symphony of the Seas and Allure of the Seas. The terminal can cater to over 5,000 passengers with the latest and most advance embarkation and disembarkation process.

The facility looks slick with a sharp modern design and will be welcomed addition to the Miami skyline. The terminal will help increase Royal Caribbean passenger numbers to 2 million annually.

Symphony of the Seas which is currently the world’s largest cruise ship is sailing a transatlantic voyage. The ship is repositioning from her inaugural season in Europe to Caribbean cruises from Port of Miami. 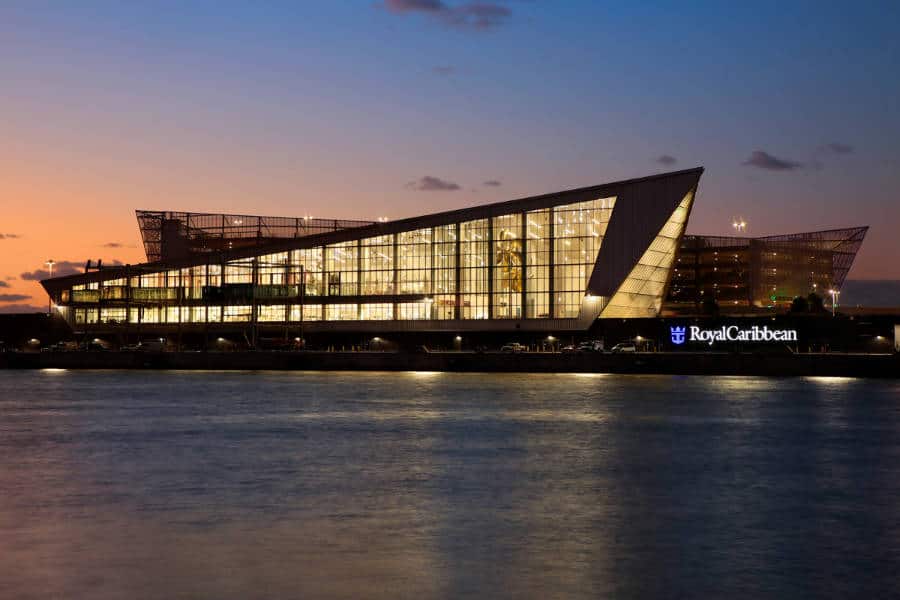