Royal Caribbean Has Sold Two of Its Cruise Ships, Leaving This Month

Two Royal Caribbean cruise ships are to depart the fleet later in December as the cruise line continues to be on hold due to the global pandemic. Empress of the Seas and Majesty of the Seas have been the ship sold off and are the oldest in the fleet.

This doesn’t really come as a surprise, and even though the cruise line said in the past that it had no plans to sell any cruise ships, the pandemic is having a huge impact.

Empress of the Seas and Majesty of the Seas, which are currently the two smallest and oldest in the fleet, have been sold to an undisclosed party based in Asia-Pacific. The good thing is that they are not being scrapped as the buyer is set to release plans on future sailings at a later date.

“Empress and Majesty of the Seas made indelible marks on the cruise industry with their revolutionary design and size. Touted as the cruise industry’s most groundbreaking ships when they were introduced, they continued to make history throughout their more than three decades of service.”

“Saying goodbye to these two beloved ships is a major moment in Royal Caribbean’s history – one that is difficult but necessary. With plans for new, innovative ships to join our fleet in the upcoming years, we look forward to our guests and crew continuing to make new memories with us.”

Bayley posted further details on his Facebook page that were more personal. He actually worked aboard the then named Nordic Empress and Majesty of the Seas when the ship was brought out.

He posted, “I know this is bittersweet for many of you who have made unforgettable memories onboard throughout the years. As you can probably tell from the picture, their departure hits close to home for me as well, as I was part of the crew on Nordic Empress (as Empress was formally called) and Majesty of the Seas when we introduced her to the world.”

Bayley went on to say, “Decisions like these are difficult, but they are part of our necessary evolution to continue introducing new ships and bring you, our guests, the most innovative ships in the industry.”

He also mentioned that the “extraordinary crew members” will still be part of the Royal Caribbean family and will be reassigned to other ships in the fleet once cruises resume.

Empress of the Seas

The Royal Caribbean cruise ship has had so much history with the cruise line since she first entered service in 1990. The 48,500 gross ton vessel originally named Nordic Empress was the first purposely designed for 3- and 4-night cruises with her initial sailings to the Bahamas out of Miami, Florida.

The ship is known as the first to kick of cruises out of Bayonne, New Jersey from the new Royal Caribbean cruise terminal that opened in 2004. The ship also was the first in the fleet to offer cruises to Cuba.

The Majesty of the Seas is the second oldest in the Royal Caribbean fleet and entered service in 1992. Part of the Sovereign-class of ships, she’s remained in the fleet all this time offering memorable cruise vacations.

The 73,900 gross ton vessel was the third in her class and at the time was a true mega ship for Royal Caribbean. She helped take the cruise line into a new era of cruising with new innovative features. She first started cruising from Miami with 7-night Western Caribbean cruises. 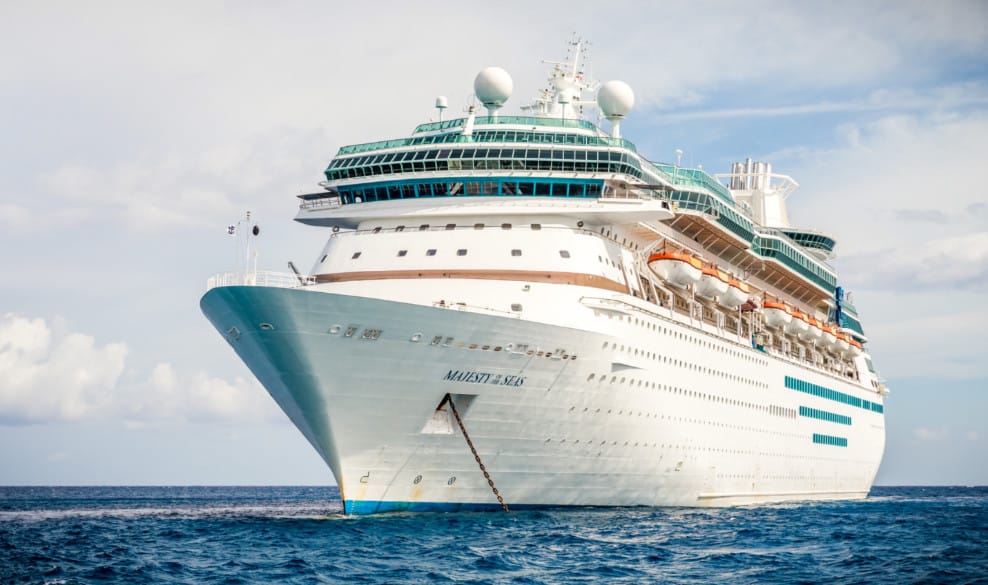