Making its debut in the summer of 2023, Royal Caribbean Group and Silversea Cruises will launch the first hybrid-powered class of ships in the cruise industry. The vessels will not just be considerably cleaner to operate than anything at sea currently; the ‘Project Evolution’ ships will enable the cruise line to be emission-free while at port, something no other cruise line has so far achieved.

Although cruise lines have been moving towards more sustainable business models in recent years; many cruise lines operate LNG-powered ships, Royal Caribbean Group will be the first to couple LNG with Hydrogen fuel cells and battery power.

Royal Caribbean Group and Silversea Cruises will be launching an industry-first when Project Evolution starts operations towards the summer of 2023. The ship will operate on a hydrogen fuel cell system, battery technology, and dual-fuel engines using Liquefied Natural Gas (LNG) as the primary fuel. Besides this, the ship will also have a waste-to-energy system, shore power, and a waste heat recovery system.

“Silversea’s newest ship class is a significant leap forward in our commitment to sustainable ship design and our journey to reduce our environmental footprint,” said Richard Fain, Chairman, and CEO, Royal Caribbean Group. “We first announced our fuel cell ambitions several years ago. Through dedication and perseverance, we are now proud to introduce the first ship with large-scale fuel cell technology capable of achieving emission-free port operations.”

Worth Reading: Royal Caribbean Group to Build Up Cruise Tourism in the U.S. Virgin Islands

Guests onboard the new class of ships can sail with peace of mind; the use of the hybrid technology will enable a 40% overall reduction in greenhouse gas emissions per double occupancy compared to the brand’s previous class of ships while at sea. This is on top of the emissions that are eliminated in port.

“Incorporating fuel cells into our ships now is one example of how Royal Caribbean Group is preparing to use new technologies as we move to a non-carbon-based future,” Fain continued. “This pioneering approach builds on our spirit of innovation.”

The move to a hybrid system onboard its ships is not a one-time thing. Royal Caribbean Group envisions the move to lead to a sustainable fleet that moves away from carbon-based fuels. Something Roberto Martinoli, President and CEO, Silversea Cruises, is proud to be leading the charge:

“Being at the forefront of sustainable shipping design and innovation is a testament to our team’s drive for continuous improvement. These advancements support our desire to showcase the world to our guests and to do so in a mindful and environmentally responsible way.”

Project Evolution’s sustainable initiatives include various technological advancements that bring an environmentally friendlier future of cruising ever closer. Although it is unclear at this point how many ships the project will involve, they measures onboard include:

The initiative will hopefully lead to similar initiatives throughout the cruise industry. With increasing push-back from ports and environmental groups, the industry has to make a change somewhere. With a continuing rollout of LNG-powered ships and a move to hydrogen fuel cells and battery power, the industry is well underway to answer the call to end carbon emissions. 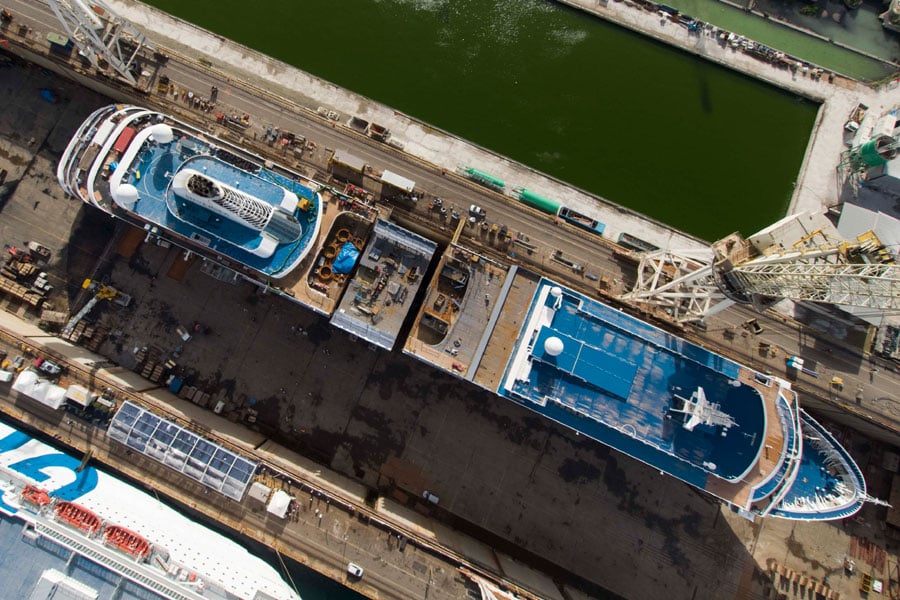