Royal Caribbean has released some itinerary details for the 2017/18 season down under. The highlights which the Miami based cruise line released also includes Ovation of the Seas recently announced second season in Australia which Cruise Hive mentioned in a previous post.

“Australia’s biggest, newest and most technologically advanced cruise ship is returning to our shores for a second season. Ovation of the Seas’construction has just reached completion – she’s purpose built for our region – so we’re incredibly excited to be offering Aussies more opportunities to experience this revolutionary cruise ship,”

Together, Ovation of the Seas, Explorer of the Seas, Voyager of the Seas and Radiance of the Seas will offer 66 sailings ranging from two to 23 nights during the 2017/18 season. From September 2017 through to April 2018 the four megaliners will call at 46 ports across Australia, New Zealand, the South Pacific, Asia and North America with departures from Sydney, Fremantle, Auckland, Singapore, Honolulu and Seattle. Royal Caribbean International remains the biggest cruise line in Sydney over the summer season – with bigger ships and more capacity than any other cruise line.

“There is no other cruise line sailing in Australia which offers surfing, sky diving, bumper cars, trapeze lessons, ice skating, Broadway-style shows, cocktails tailor-made by a robot or a choice of 18 different world-class dining options including Jamie’s Italian, the enchanting Wonderland and a fantastic gastro pub, all on the one ship.”

“But it’s not all about Ovation of the Seas; we’ve been bringing the newest and very best cruise ships to Australia since 2007 and we’re committed to continuing to offer Australians the international style of cruise ship they deserve and expect from Royal Caribbean, right from our doorstep,”

An overview of cruise itineraries in Australia, revealed by Royal Caribbean:

Ovation of the Seas will offer nine sailings during her second local season with departures from November 2017 through to February 2018, including:

Returning for her third season, Explorer of the Seas will specialise in South Pacific cruises ranging from three to 23 nights, including:

For her sixth consecutive season down under, Voyager of the Seas will join her sister megaliner Explorer in sailing predominantly South Pacific itineraries from October 2017 through to April 2018. Highlights include:

Radiance of the Seas will offer departures from Sydney, Auckland and Fremantle for the 2017/18 season with itineraries ranging from eight to 18 nights to New Zealand, Queensland, Tasmania and around Australia, including: 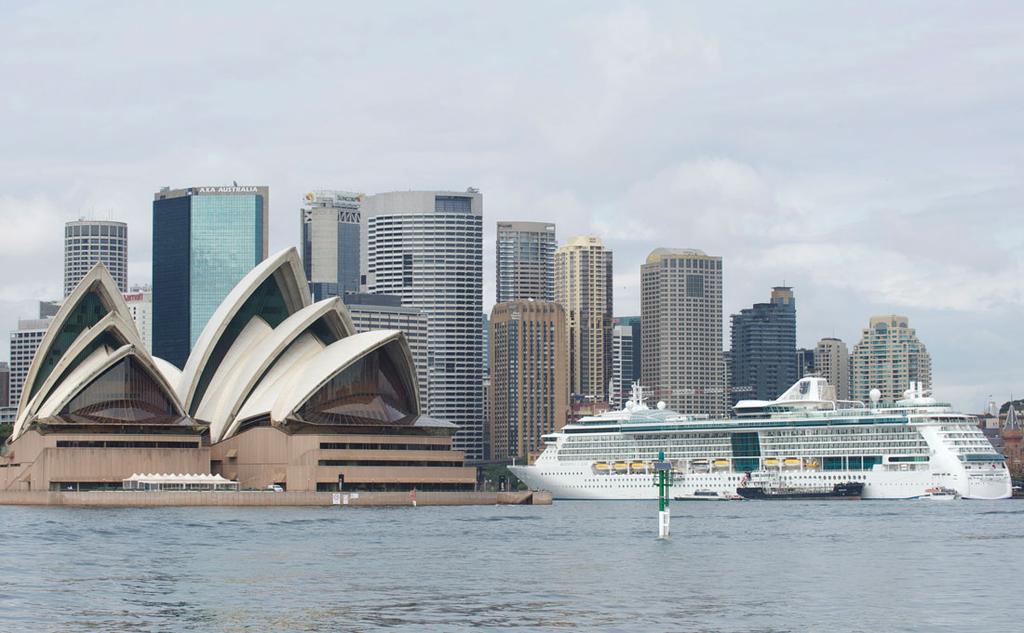