The Royal Caribbean cruise ship Grandeur of the Seas is suffering from an engine issue and her sailing has been canceled.

Grandeur of the Seas Engine Issue

The vessel has suffered from an engine issue after departing from her homeport in Baltimore, Maryland on Saturday. As a result, the ship had to return to port and cancel the cruise which included a call to Bermuda.

A letter was sent out to guests about the situation which was “due to a technical issue with one of the ship’s engines” and an explanation of what is happening next. The engineers needed to assess the engine issue and as a precaution, the voyage needed to be canceled as the ship would not be able to spend much time in Bermuda.

The cruise line has apologized to guests and is refunding the full price of the cruise fare. Also, to make up for guests not being able to enjoy their vacation Royal Caribbean is providing a 100% future cruise credit. Any shore excursions or pre-cruise packages are also being refunded.

With Grandeur of the Seas returning to Baltimore yesterday guests have been able to remain on board until September 1 with the debarkation process starting at 6:00 PM. Those passengers who wanted to leave the ship yesterday were able to disembark before 11:00 PM. The cruise line also offered free phone calls and internet access so alternative travel arrangements can be made.

Royal Caribbean has provided guests with everything they needed to know and you can’t beat a full refund as well as a future cruise credit! Let’s just hope that the engine issue can be resolved so the next and much longer 9-day cruise to Canada and New England will go ahead as scheduled on September 5.

Also Read: 20 Essential Things to Do in Bermuda on a Cruise

Grandeur of the Seas was originally scheduled to sail a 5-day cruise which included an overnight call to Bermuda on Sep 2 – Sep 3. The ship is over 73,800 gross tons and has a guest capacity of 1,900 at double occupancy.

Recently the Carnival Dream had an issue with its propulsion system and had to cancel a call in Mexico, you can read more here. 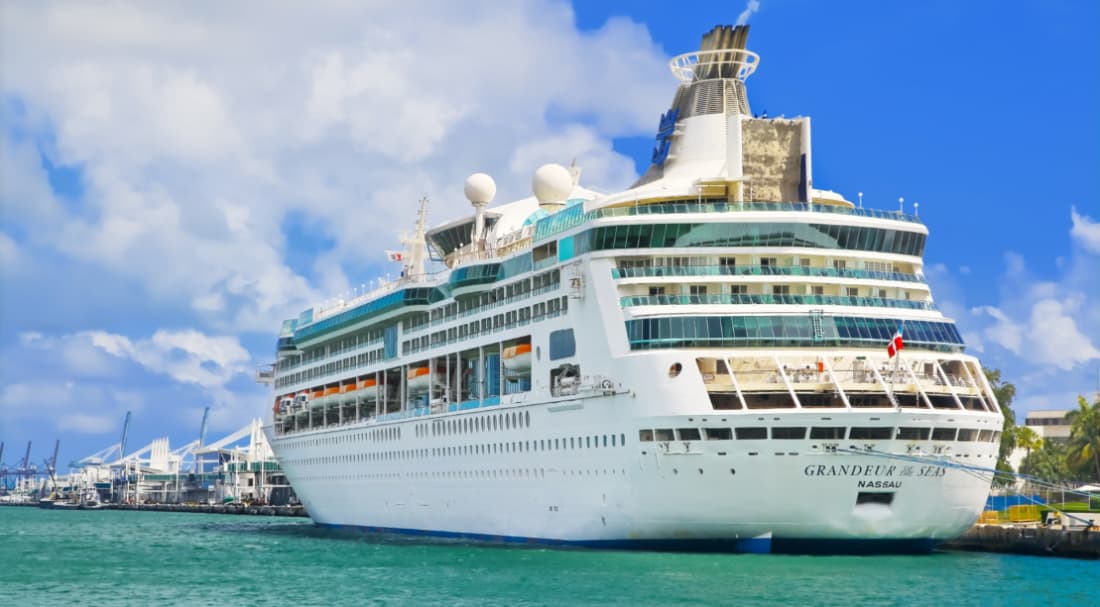