Allure of the Seas which is a Royal Caribbean cruise ship and one of the largest in the world is suffering from propulsion issues. The cruise line has altered itineraries as a result.

Allure of the Seas Propulsion Issues

The Oasis-class vessel is sailing at reduced speed due to an unspecified propulsion issue with one of three propulsion pods. Guests who are booked on upcoming sailings have been informed by the cruise line of adjustments to their booked itinerary.

As far as we know a total of 25 cruises have been adjusted impacting eastern and western Caribbean itineraries from Fort Lauderdale, Florida starting from May 5 – October 27, 2019. Royal Caribbean stated the following in a letter sent to guests for one of the eastern Caribbean cruises:

We’ll be reducing our speed because of a technical matter with one of the ship’s three propulsion pods. As a result, we’ve had to make an adjustment to our itinerary. So, we will replace Charlotte Amelie, St. Thomas with San Juan, Puerto Rico and will adjust our time in Nassau.

We are sorry for this unexpected change. Please know, when making these changes, we do everything possible to offer a similar replacement port of call and maximize your time in each destination. We are confident your cruise will be amazing.

For any guests who have already pre-booked their shore excursions through the cruise line will be refunded the full amount. Tours are also being rescheduled.

Allure of the Seas is a huge mega ship at 225,282 gross tons and a passenger capacity of 5,490 at double occupancy along with 2,150 crew members. The ship’s last scheduled dry dock took place in Cadiz, Spain in 2015 and the next major upgrade will occur in Spring 2020 as part of the cruise line’s $1 billion Royal Amplified program.

Related: Impressive Facts About the Royal Caribbean Allure of the Seas

We have reached out to Royal Caribbean for further details and will be updating this post if a response is received. We advise any readers who are booked on any upcoming Allure of the Seas sailings to contact the cruise line directly for official details.

The Royal Caribbean cruise ship also had propulsion issues back in May 2017. The ship was forced to undergo an unscheduled urgent dry dock in January 2017 for one week.

The ship is currently on a 7-night western Caribbean cruise which departed PortMiami on April 28, 2019. The voyage will end on May 5 at the same homeport. 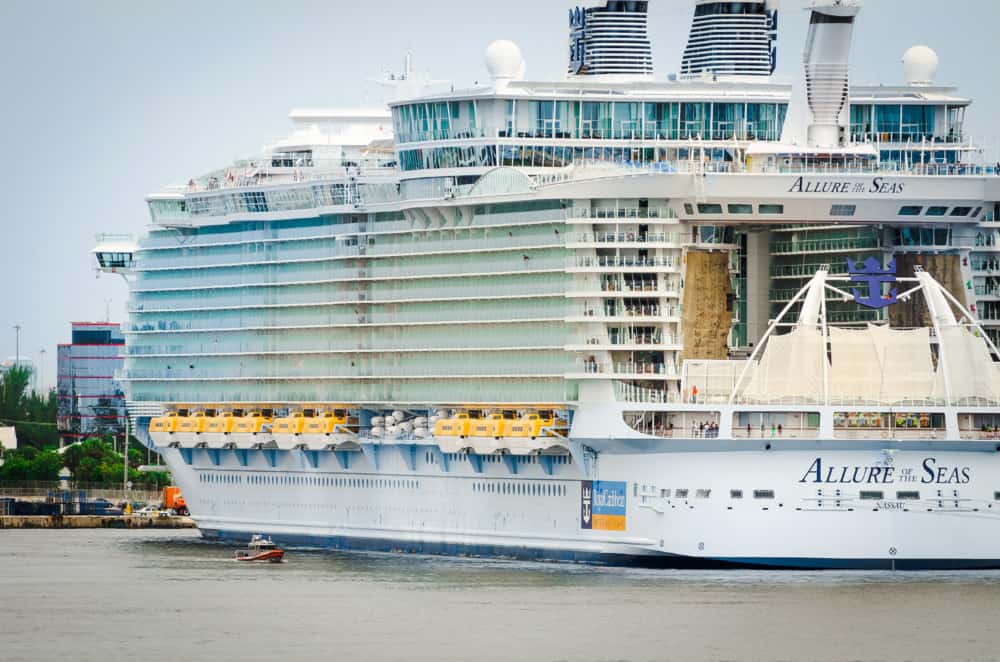