Royal Caribbean Cruise Ship Returns to Singapore Due to COVID-19

COVID-19 has hit the third Royal Caribbean sailing out of Singapore and Quantum of the Seas has returned to the terminal, cutting short her 4-day voyage. Full measures will now need to be activated to make sure no further guests or crew become infected with the virus.

Quantum of the Seas Hit with COVID-19

An 83-year-old male passenger has been infected with the virus aboard the Quantum-class cruise ship. It comes as no surprise that this is receiving huge coverage from the mainstream media even though it shows that the protocols in place are working and no further cases at this time.

Quantum of the Seas departed the Singapore cruise port on a 4-day voyage to nowhere with Singapore residents only.

On the third day of the cruise, the ship turned around and headed back to port after one passenger came down with COVID-19 and reporting it to medical staff.

The cruise line has already confirmed that those who have been in close contact with the guest have been identified and isolated. The Straits Times has reported that those in close contact have already tested negative for the virus and it was confirmed by the captain over the public PA system not long after 8:00 AM. Guests are now under quarantine and are being updated on the situation onboard.

The ship has already arrived back at the cruise terminal early Wednesday morning local time and Royal Caribbean is working with the authorities to get through the developing situation.

It doesn’t really come as a surprise that this has happened as the virus is pretty much everywhere already. The cruise line has said that the new health measures are working after the case was identified and responded to swiftly.

Quantum of the Seas Health Measures

Cruise Hive has already posted about Quantum of the Seas became the first ship in the fleet to resume cruises since the suspension first started in March 2020. The cruise line has taken serious steps in protecting guests and crew with new health measures.

Guests do need to take a test 24-72 hours before departure and new tracing tech needs to be used onboard to allow track and trace operations. The ship has received the CruiseSafe certification and following requirements from the Singapore government.

The cruise ship first started sailing from Singapore on December 1, 2020 and is offering 3-day and 4-day ocean sailings out of the Marina Bay Cruise Centre.

This is developing news and more details will follow. 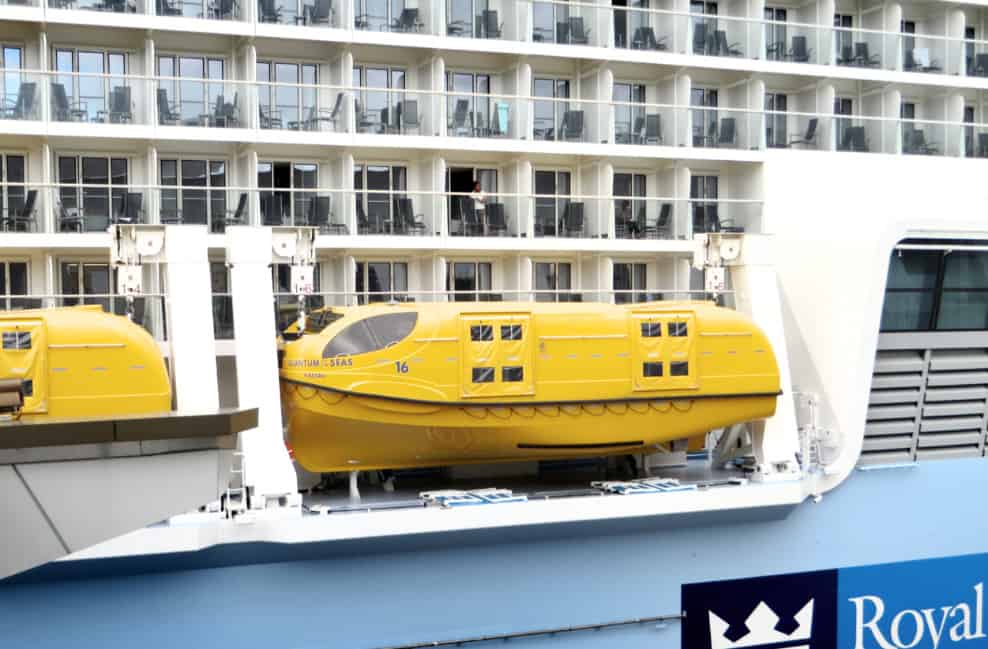