Thankfully the stranded migrants were near Marco Island, Florida when Brilliance of the Seas crew spotted them. The Coast Guard also said “The 18 migrants were reportedly suffering from severe dehydration and claimed they left Cuba 22 days ago where nine of the migrants perished at sea during the journey.”

“Our deepest condolences to the families of the nine people who recently did lose their lives.” “Unfortunately, tragedy is all too common when taking to the sea in homemade vessels with no safety or navigation equipment.  The dangerous waters of the Florida Straits can be unforgiving for the unprepared on ill advised and illegal voyages. Immigration policies have not changed and we urge people not to take to the ocean in unseaworthy vessels.  It is illegal and extremely dangerous.”

The 90,090 gross ton ship was sailing towards Cozumel, Mexico as part of a 4-night Western Caribbean cruise which departed Tampa, Florida on March 17. The 18 Migrants are being dropped of in Cozumel so they can be dealt with by authorities. Until then they can enjoy the care of the cruise ship staff and crew. 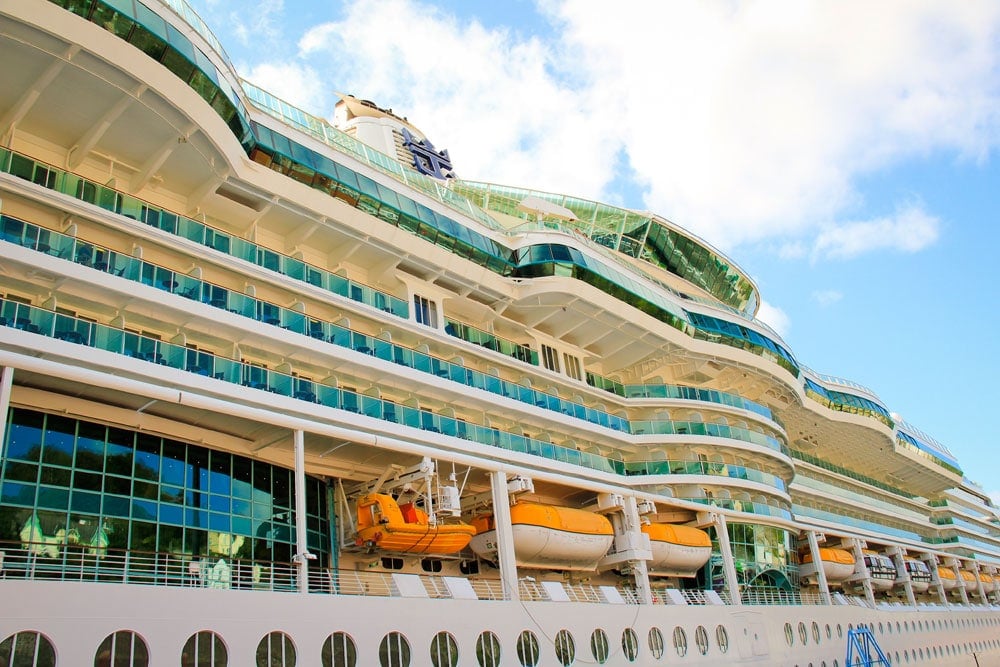