Empress of the Seas which is currently the oldest Royal Caribbean cruise ship has been forced to alter itinerary due to bad weather.

Empress of the Seas Itinerary Altered

Empress of the Seas has been affected by bad weather conditions on its current December 3 sailing out of PortMiami, Florida. The vessel has made a swap around of ports as the ship has been unable to call at Royal Caribbean’s private island of CocoCay in the Bahamas.

Mornin’ @RoyalCaribbean #EmpressoftheSeas. Due to high winds that will make Tendering to #CocoCay unsafe, we are flipping Ports. North winds are still elevated tomorrow, but not quite as high as today so there is a better chance to call on Coco Friday. pic.twitter.com/cq5Xe8ZcsN

The high winds would have caused a major problem for tendering operations from the ship to the island. This would very very unsafe and the cruise line made the decision to cancel the scheduled call there on Thursday, December 6. There call was changed to today but the strong windy conditions have remained a threat.

As a result, Empress of the Seas is heading straight for Nassau, Bahamas with an arrival time of approximately 5:00 PM today. The ship will spend an overnight there with guests being able to get off an experience the popular cruise destination.

For @RoyalCaribbean #EmpressoftheSeas Guests, you can probably tell we are on the move. It was expected the winds could still be an issue for tendering in #CocoCay this morning, and they are. We should be in #Nassau around 5pm for an overnight instead. pic.twitter.com/XaJ1y5F7v8

The vessel was originally set to call in Freeport on December 7 but now seems with the unscheduled call in Nassau already conformed instead the call to Freeport will be moved to the end of the cruise.

Unfortunately when cruise ships tender port of calls can often be canceled due to the weather. The smaller boats are at risk and would not be a safe experience for cruise guests. Grand Cayman and Belize are common destinations for this.

Empress of the Seas is sailing a 6-night Cuba and Bahamas cruise and is expected back as normal in Miami, Florida on December 9. The ship is 48,500 gross tons with a guest capacity of 1,500 at double occupancy. 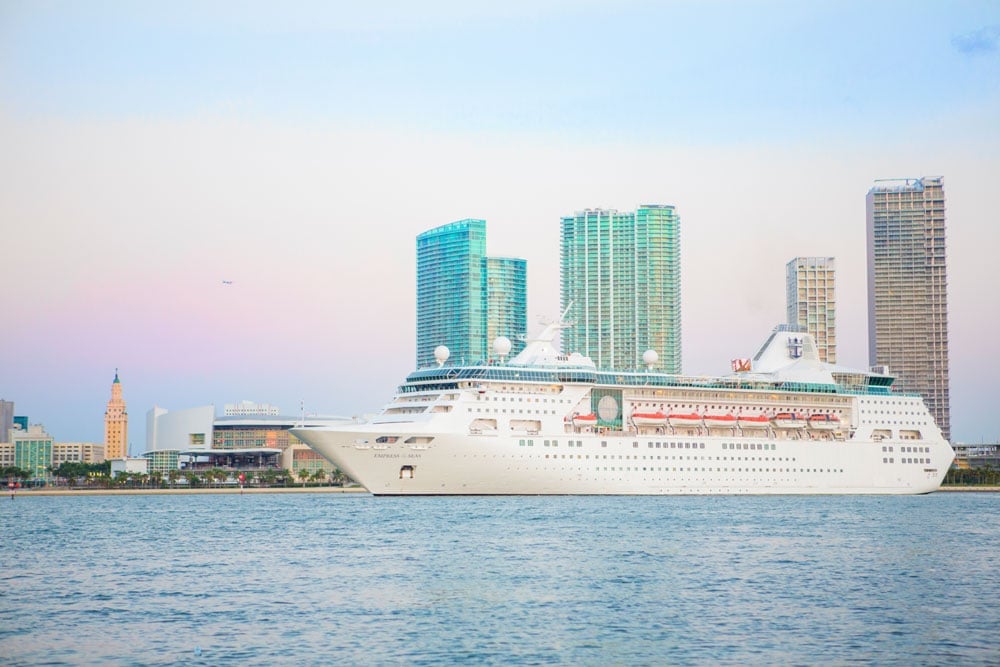