Majesty of the Seas becomes the largest cruise ship to ever sail into Portsmouth in the UK as the port reaches a construction milestone.

Majesty of the Seas is Largest to Enter Portsmouth

Royal Caribbean’s Majesty of the Seas becomes the largest ever cruise ship to enter Portsmouth International Port in the UK. The vessel arrived on July 10 and marks a new record for the port which is one of the UK’s main naval ports and a popular port for ferries.

It’s good timing as the arrival of the cruise ship marks the completion of the port’s multi-million pound berth extension. This will allow further expansion and the hope of newer and larger vessels being able to berth.

“This is a major milestone for our ambitions. When we embarked on the construction we knew it was a complex development.

“Operating in a marine environment always poses significant challenges, for what can appear a straightforward project.

“When the pandemic arrived we were well into the work and any delays would have had a significant impact.

“As a lifeline port it’s critical we can accommodate a range of ships and we needed our berth back in action as soon as possible.

“Little did we know as soon the berth was ready for service, we’d have the largest cruise ship the city has seen alongside.

“Everyone in the ports industry has stepped up to support one another where possible, and we’re pleased we could support Royal Caribbean International. Ports have a vital role to play in the economic recovery of the country, if we can operate successfully that has an impact on everyone else getting back to business as usual.”

Majesty of the Seas entered the port without any guests onboard as Royal Caribbean has currently suspended cruise operations and plans on resuming sailings once new health measures are in place and it’s safe to do so.

Only a limited number of crew members are on board to keep the vessel maintained. Portsmouth has been open to help cruise lines dock and resupply during the pause and in getting crew members repatriated.

“During these unprecedented times we’re glad we have ports such as Portsmouth whose investment has meant the ships that are unexpectedly in the region can use these facilities to ensure our ships are supplied and our crew are able to transfer home.

Majesty of the Seas is among the oldest ships in the fleet and is 74,077 gross tons with a guest capacity of 2,350 at double occupancy along with 912 crew members. 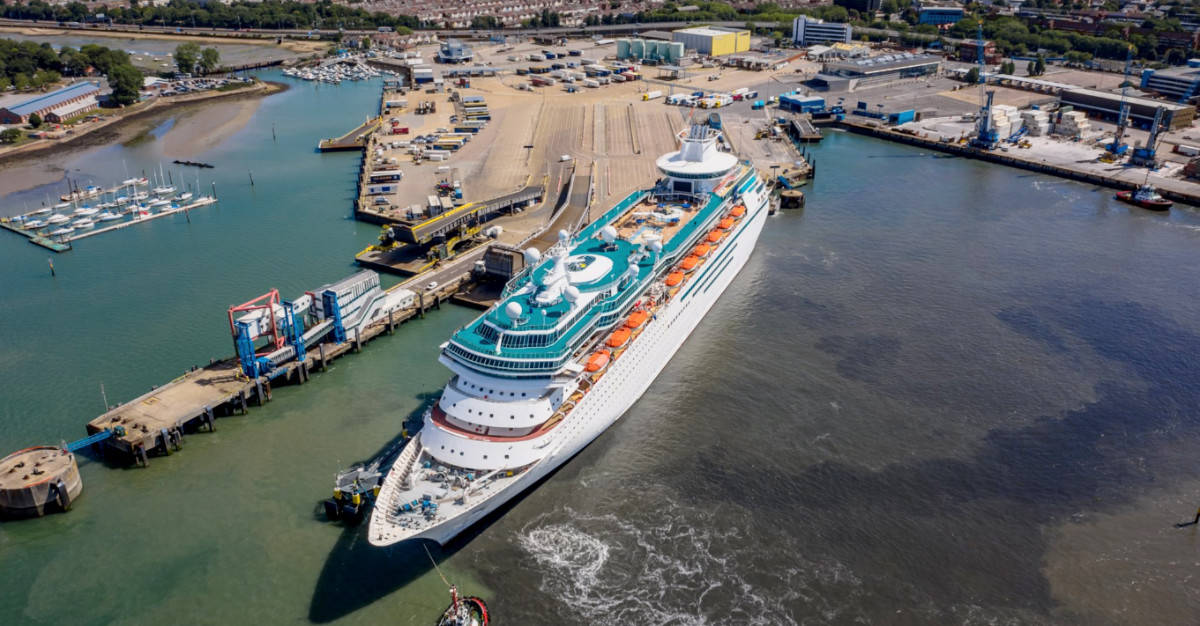