Anthem of the Seas which is operated by Royal Caribbean has experienced extremely rough sea conditions due to Hermine, a post-tropical cyclone on off North America’s east coast.

Since yesterday many passengers onboard Anthem of the Seas have posted on social media of the bad weather conditions the ship was currently sailing through. The Quantum class ship with its home port in New Jersey experienced winds up to 90 mph, rain, and high waves as it was rocked by the powerful storm.

Watch Footage of Sea Conditions Below:

The ship had departed Bayonne in New Jersey on September 3 and then the next day on September 4 at around 2:00 PM was hit by the storm. The large Royal Caribbean vessel was sailing towards Bermuda as part of a 6-day round-trip.

Anthem of the seas looks like a good time… pic.twitter.com/f6Nqr2cPVA

Passengers on board have reported being sick and being confined to their staterooms to ride out the bad sea conditions. In situations like this, the crew will have to secure their departments to minimize any damage. Gift shops will usually have to secure racks, stands and take everything off the shelves. Bars would have to be secured and the galleys will usually have procedures in place.

Another video from Anthem of the Seas courtesy of our fan Robert Solomon. Intense winds/ocean #Hermine pic.twitter.com/KQHT7JcENC

Hermine which has now been classed as a post-tropical cyclone is currently off the east coast of the United States and will be lurking around the region over the next day or so. NOAA reports the storm currently has maximum sustained winds of 70 mph and is moving at a very slow 3 MPH. What’s really dangerous about Hermine is that Tropical storm force winds do extend out from the center up to 230 miles. Any ship in the area would be affected.

Anthem of the Seas is a 167,800 gross ton ship which can carry over 4,100 guests. The ship has been in the headlines before for sailing through bad weather. In February the ship which only entered service in 2015 was damaged by a horrific storm just off Cape Hatteras in the Atlantic Ocean.

The ship is scheduled to arrive back at Bayonne, New Jersey on September 8 where it will head on out again for a 10-days Canada and New England cruise. 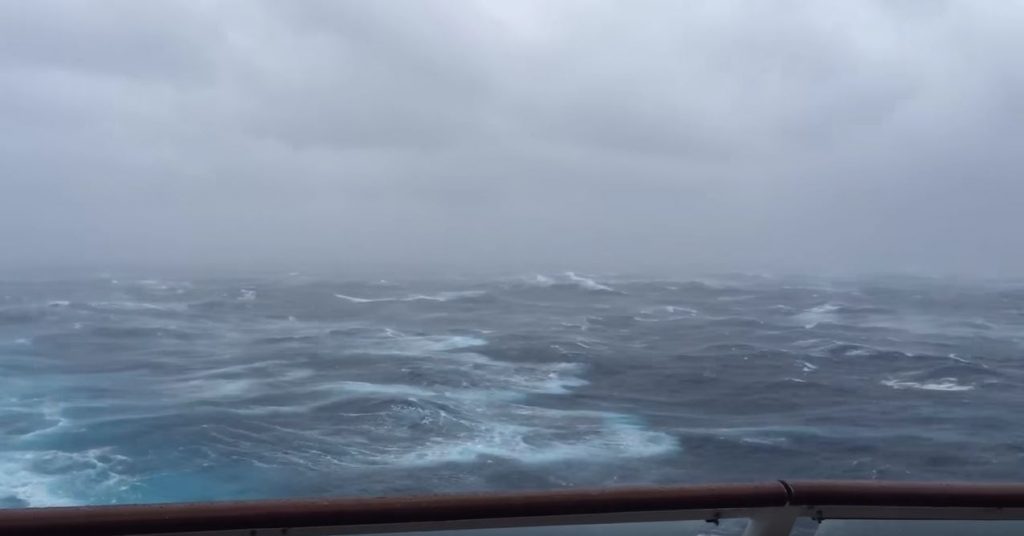