Independence of the Seas is back in service and debuted in the UK after her major multi-million makeover during a dry dock where many new features were added and the entire vessel was upgraded.

Independence of the Seas Completes Makeover

On May 12 the Royal Caribbean cruise ship showed off her fresh look for the very first time after completing a major refurbishment. The ship arrived in Southampton, UK showcasing her new features including Sky Pad, an out-of-this-world new virtual reality bungee trampoline experience, and splash away their days at the interactive aqua park, Splashaway Bay, which is bigger and better than ever before.

“Holiday time is precious, and travellers today have higher expectations and more options than ever before. We don’t just want to meet these expectations, but smash them and redefine how to holiday. From our largest yet hibachi restaurant to a virtual reality bungee trampoline experience, Independence of the Seas is set to be the most spectacular ship sailing out of Southampton this coming season.”

Independence of the Seas Photos
1 of 4

Everything Added to Independence of the Seas

Let’s take a look at everything which has been added in addition to the new Sky Pad feature, a first in the fleet.

The ship’s first new sailing is departing today (May 15th) which is a 2-day voyage from Southampton to Paris. The Royal Caribbean ship will continue to sail in Europe until November 2018. The newly renovated ship has 15 decks and is 154,407 gross registered tons. She can carry 3,858 guests at double occupancy in 1,929 staterooms. 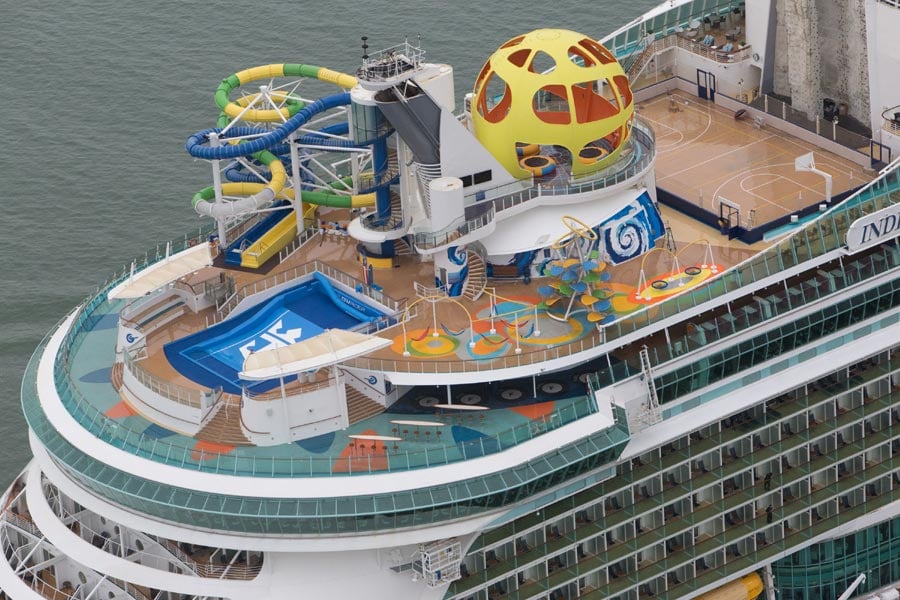