Rhapsody of the Seas which is operated by Royal Caribbean has been damaged after a sudden strong winds hit the ship in the early hours of the morning on September 19.

The ship apparently hit some powerful wind at around 5:00 AM and passengers onboard have said the ship listed which caused some damage. In a video posted by Heather Barrett who was onboard at the time, windows in the Viking Crown Lounge smashed along with several other windows on the open decks.

Early this morning, while sailing near Greece, Rhapsody of the Seas encountered sudden strong winds for a brief period of time. The ship sustained some minor damage to public areas, but is safe and fully operational.  Weather conditions have improved throughout the day.

Other passengers posted on Cruise Critic saying there was damage to windows on the open deck along with 12 windows which were smashed at the Viking Crown Lounge. During the bad weather the captain did make three announcements to say everything was under control.

The 78,850 gross ton Rhapsody of the Seas is on an 11-day Greece & The Adriatic cruise and the ship was sailing from Corfu to Santorini, Greece at the time. The good news is no injuries have been reported. The vessel is scheduled to arrive back at its homeport in Venice, Italy on September 26.

The last Royal Caribbean ship to get caught in bad weather was Anthem of the Seas earlier in September. No damage was reported then but Anthem was damaged in a previous storm earlier in 2015. 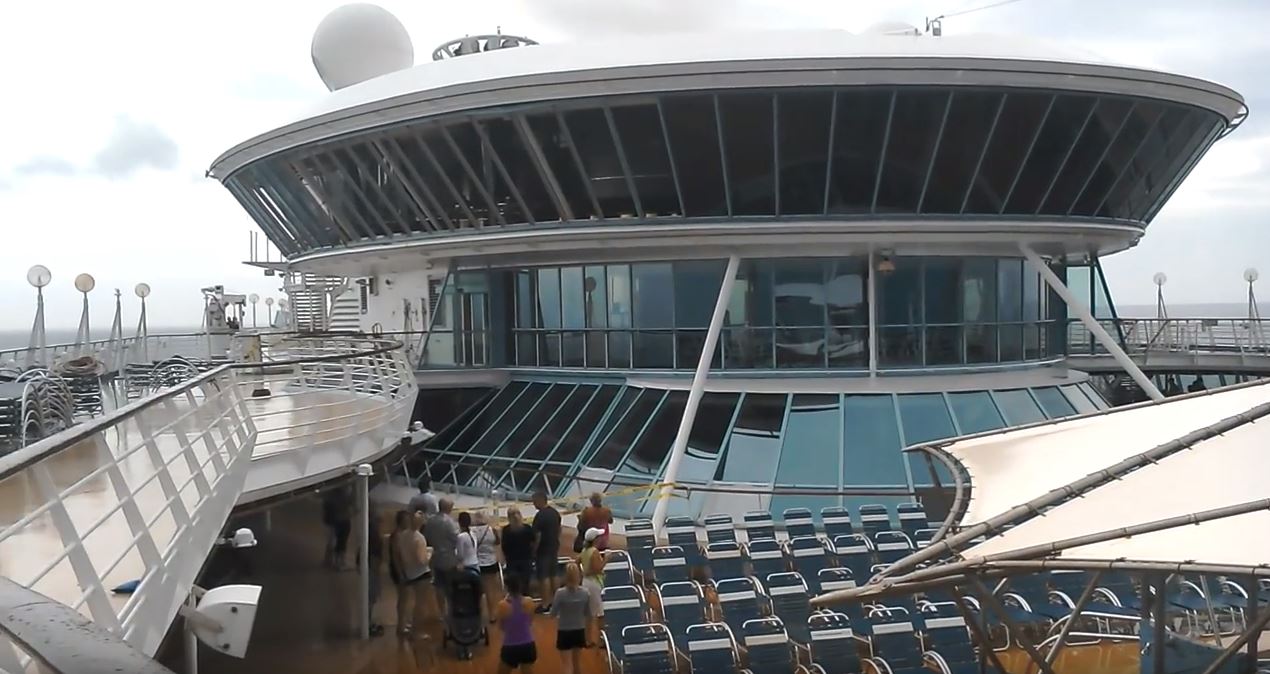