Royal Caribbean has confirmed the return dates to Caribbean islands impacted by Hurricanes Irma and Maria.

Royal Caribbean has confirmed return dates for two more Caribbean destinations which have been impacted by Hurricanes Irma and Maria in September. The cruise line will be making a return to the popular ports of San Juan, Puerto Rico and Philipsburg, St. Maarten.

Freedom of the Seas will be the first Royal Caribbean cruise ship to return to San Juan on November 30. By this date, many services will be ready to cope with thousands of cruise ship passengers. The cruise line has stated that power and transportation are on track to be ready in time.

Grandeur of the Seas will be the first ship in the fleet to make a return to St. Maarten on December 17. Royal Caribbean has stated that the majority of shops and services will be ready by this time. Beaches and tours will also be ready to cope with many cruise passengers.

“Royal Caribbean is encouraged by the commendable progress that has been made by the governments of Puerto Rico and St. Maarten towards the recovery of these destinations and it means a lot to us that we are heading back home. We have been part of the Caribbean community for almost 50 years, and for all of us it has been paramount that we focus on supporting our long-standing partners – who feel more like family after so many years.”

“Supporting these destinations that are so reliant on tourism is key to the future of the islands and the best thing we – as travelers and businesses – can do for the islands.”

Cruise ships will begin calling in St. Croix from January 8. Jewel of the Seas will be the first vessel back at the U.S. Virgin Island destination.

All Royal Caribbean cruise ships will call in San Juan and St. Thomas as normal from November 30. All ships will resume calls in St. Maarten from December 17. Oasis of the Seas is the only ship not to resume regular calls to St. Maarten until January 1 on its New Years cruise.

Royal Caribbean will not be resuming calls to Dominica for some time.The cruise line is working with the Government but for now, all calls to the island are canceled through June 2018. 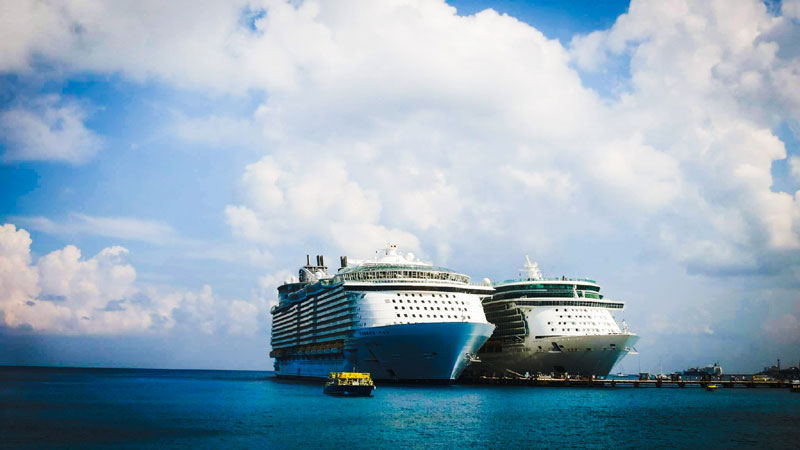