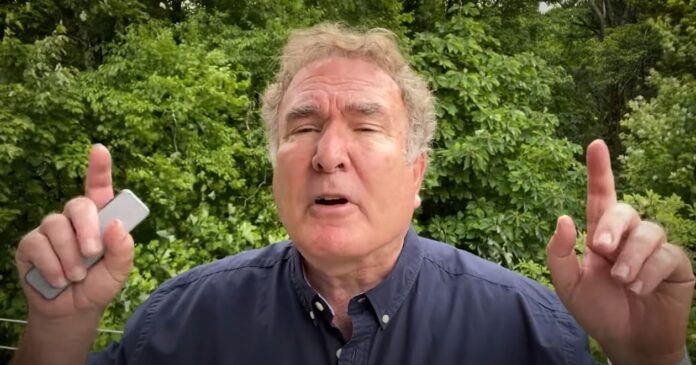 Royal Caribbean is making a comeback this summer, and the group’s chairman and CEO Richard Fain released a new video message on the latest developments on resuming cruises safely. It also seems his popular monthly updates could soon come to an end as Royal Caribbean is set to return to cruising this summer.

The Chairman & CEO of Royal Caribbean Group, Richard Fain released a new video to travel partners with an update on the latest developments on resuming cruise operations. And it’s looking like this type of message could be the final one as Fain hints that he will soon be back in the office without the need for his wife to help hold the camera, which has been the case for the past 15 months during the pandemic.

You can watch the full update from Richard Fain below:

He started by talking about how impacting vaccines are on resuming cruise operations and the successful rollout across the US. Fain said, “Fortunately, our country has a strong leadership position regarding vaccines. The US was in the forefront of developing the vaccines and the us is in the forefront of delivering them already. Almost two thirds of adults have gotten them. And that number is climbing. America is leading the world in this regard.”

Also Read: Where Do the Major Three Cruise Lines Stand on Vaccine Requirements?

Fain does believe that with the vaccines, it can help make Royal Caribbean cruise ships safer than on land. He talked about how the cruise line line can control the environment such as screening and enact extensive health protocols to make sure guests and crew can remains safe at all times.

Fain said, “All they can do is implement protocols to limit interaction. Once the people are there when such protocols are more intrusive and less effective than preventing the introduction of the virus. In the first place. On the other hand, cruise guests will be on for days and days, and we can therefore enact extensive requirements before people board designed to prevent the virus from coming on board in the first place.”

Richard Fain’s message comes after Royal Caribbean International detailed its restart plan from the US. The cruise line is allowing vaccinated and non-vaccinated guests to sail but “strongly recommends” for guests to be fully vaccinated. Those who aren’t will have to have a negative tests and follow further restrictions during the voyage.

The requirements are different for cruises to Alaska as those 16 years old or over will have to be fully vaccinated. That will change to 12 years old from August 1, 2021. Celebrity Cruises has also gone the fully vaccinated route for all sailings.

Fain said, “So, as I said before, we intend to vaccinate all our crew members a hundred percent. In fact, we’ve already given vaccines to 16,465 seafarers. Clearly we’re not messing around. On top of that, we want all of our guests to be vaccinated as well. We want that because we believe it makes us all safer. And we want that because our guests want that in our surveys, the vast majority have either already received a vaccination or about to do so.”

Fain touched on the state of Florida that has banned a vaccine passport. He belives that cruise ships won’t have a signinfatn number of unvaccainted guests mainly due to the costs involved in getting tested and the restructions that would be onboard.

Things are moving forward on resuming operations and Royal Caribbean continues to have a dialogue with the US Centers for Disease Control and Prevention (CDC) for a summer restart. Fain said, “All the parties seem aligned that cruising needs to restart. The CDC in Atlanta are now constructively dialoguing with us. The governor and other Florida officials clearly want to welcome the jobs. The cruising generates the mayors and other officials are eager for our return. Even Congress understands the importance of our industry passing unanimously.”

Royal Caribbean International will restart cruises with Adventure of the Seas on June 12 out of Nassau, Bahamas. She will be the first ship in the fleet to restart in North America. Even more, ships will start to make a comeback in the weeks and months to follow.

Celebrity Cruises has already started cruising out of St. Maarten with the Celebrity Millennium cruise ship. Celebrity Edge will be the first ship to sail from the US since the suspensions started 15 months ago when she departs from Fort Lauderdale in June.

So much is happening at the moment but the cruise industry now is moving forward all thanks to good dialogue with the CDC and the vaccine rollout. The situations could still change and Royal Caribbean coninuntes to alters health requirements as needed.

You can watch the preiovcusl upudate from Royal Caribbean Groups’ chairman and CEO here.