Royal Caribbean CEO provides an update on resuming cruise operations out of the US and awaits sailing authorization from the CDC. 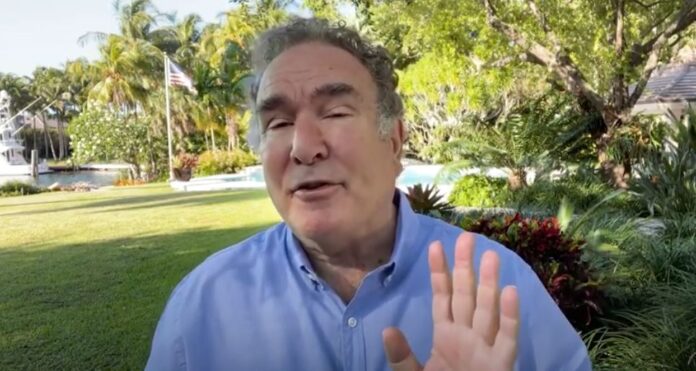 Royal Caribbean president Richard Fain has released a new updated video message detailing the restart of cruises out of the US and that working with the US Centers for Disease Control and Prevention (CDC) has improved by 1000%.

This comes as Royal Caribbean has already announced a restart of cruises to Alaska thanks to the Alaska Tourism Restoration Act (ATRA) that bypasses cruise ships to visit Canada due to the Passenger Vessel Services Act.

Very positive words from Royal Caribbean’s president Richard Fain on resuming operations out of the US and the much-improved dialogue with the CDC allowed the cruise line to understand the concerns.

The cruise industry truly is making a comeback in the summer and the message from fain complimented that by saying “We can now state with a high level of confidence that ships from the Royal Caribbean group will be operating out of US ports as early as next month.”

Fain touched on the updated requirements and guidance from the CDC in allowing a restart. This includes recently added details on testing and a major focus on fully vaccinated passengers. As a result, Fain said that the cruise company submitted a request for sailing authorization to the CDC last week. He was hopeful that the CDC would approve the request shortly, which will greenlight operations.

You can watch the full video update below:

Fain provided some important details on vaccination requirements for passengers and crew for cruises out of the US. He started by saying, “Now, let me tell you a bit about the specifics of our restart. Under any scenario, we intend to vaccinate all of our crew, that process has already started, and we expect that essentially a hundred percent of crew members will have received their vaccines before the cruise starts in the US the CDC has specified two different structures for sailing from the US.”

We’ve already seen crew members across multiple Royal Caribbean ships being vaccinated as cruise lines have already started preparing. All crew members are to be fully vaccinated before cruises restart, which is great for those crew members who have been unable to get a vaccine in their home country.

For passengers, Fain said, “the first alternative structure is where virtually all the guests are vaccinated. There will be some exceptions, such as people who can’t get the shot for medical reasons or religious reasons, smaller children also can’t get the shot today. However, under any scenario, everybody who’s eligible for the vaccine will be vaccinated and we will limit the number of people who can’t so that 95% or more of the guests will be vaccinated. We expect the Celebrity and Silverseas will both follow this structure.”

Fain touched on those kids under 12 years old who can’t get vaccinated and that Royal Caribbean International is very family-focused. He said, “on these cruises, we may not reach the 95% threshold, but even here, the vast majority will be vaccinated.”

What About Shore Excursions?

There is no doubt that when cruises do resume they won’t be like before the pandemic. the health measures will be simililiar to what’s already on land and guidlines from the CDC will be followed which cruise lines have already comitted to.

Guests will be able to arrange their own tours in most cases, and that’s a result of an increase in vaccinations at destinations. Royal Caribbean will also have their own excursions where the operator will have to follow the cruise line’s guidelines to ensure guests remain protected.

Fain finished by making a joke on wearing a mask as he’s said this on his previous video updates. However, this time, fully vaccinated no longer have to wear a mask which is a great incentive to get vaccinated.

So Royal Caribbean International has already announced that cruises will restart out of Seattle, Washington in July with Serenade of the Seas and Ovation of the Seas. Both vessels will sail to Alaska due to the Alaska Tourism Restoration Act being passed and signed.

Currently, Royal Caribbean International has suspended operations from the US through June 30, 2021. However, there is a possibility that cruises could start before that. It does all depend on approval from the CDC. There is also the Florida lawsuit which needs to be resolved no later than June 1 due to a mandatory mediation order from the judge.

Lot’s going on for sure and it all still remains very fluid, in a good way.