Royal Caribbean has decided to cancel cruise ship itineraries due to the threat of Hurricane Irma which is heading towards eastern parts of the Caribbean.

Royal Caribbean has become the first cruise line to actually cancel sailings due to Hurricane Irma. The cruise line has cancelled sailings for Enchantment of the Seas and Majesty of the Seas which both have sailings departing on September 8.

We are very sorry for the impact this storm has had on your vacation and please know that we made the decision with the safety and comfort of our guests and crew in mind. The cruise fare and fees will be 100% refunded to the original form of payment, and we are also offering a 25% future cruise credit, based on the cruise fare, if a new cruise is booked in the next 30 days. If you have any questions, please don’t hesitate to call 1-800-256-6649.

Enchantment of the Seas

The ship was originally scheduled to depart Port Miami on September 8 for a 3-night Bahamas cruise but as Hurricane Irma is set to hit parts of the region Royal Caribbean has cancelled the cruise so that guests and crew are not under threat. The ships September 4 sailing is currently as normal.

The cruise line has cancelled the ships 3-night Bahamas cruise which did include calls in Nassau and the private island of Coco Cay. the ship is based out of Port Canaveral and its September 4 sailing is going ahead as normal before the Hurricane reaches the Bahamas.

Royal Caribbean is monitoring Irma as she is now a major category 5 Hurricane with maximum sustained winds of 185 MPH making her one of the most powerful Hurricanes in years. The cruise line said updates will be provided on sailings no later than two days ahead of departure so passengers can make plans and be prepared.

Keep an eye on Cruise Hive for more updates and ships being impacted for Carnival Cruise Line. 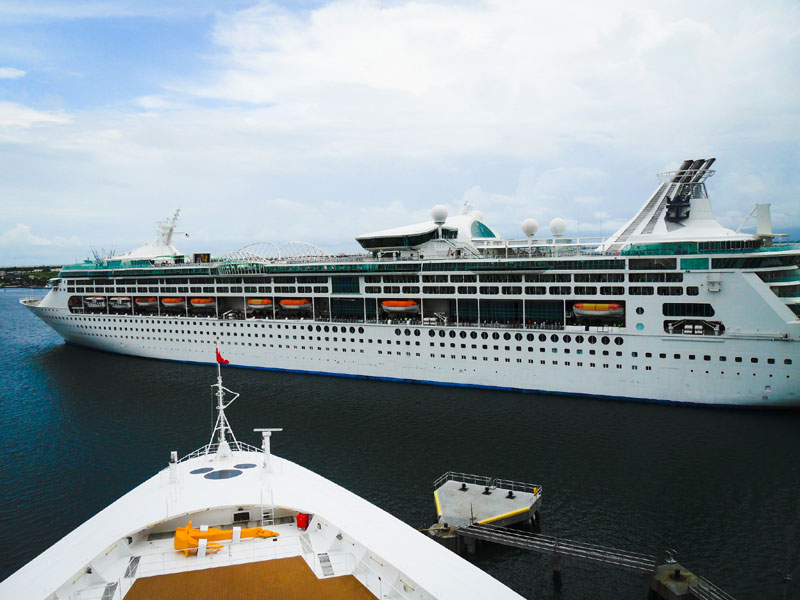