Despite Royal Caribbean returning with US cruises in July, multiple ships are impacted by a further suspension until September 2021. 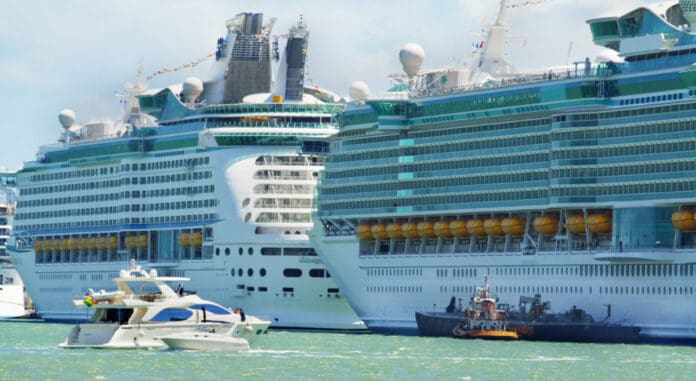 It has been a huge day for Royal Caribbean, and most of the news has been good, but that positive news comes with a downside, with further cancellations until September 2021. It comes as the cruise line announces its big comeback with a total of 14 cruise ships worldwide. The new Odyssey of the Seas also arrived in the US on Friday morning for the first time.

A lot is going on across the cruise industry as cruise lines make preparations for resuming operations. There are cruise approvals from the CDC, and Royal Caribbean announced that multiple ships would restart from the US from as early as July 3.

Usually, when major deployments announcements like this come out regarding resuming operations, it does often mean that some other ships have to remain on hold for just a little longer. that’s the case with Royal Caribbean with a new round of suspensions. We’ve waited so long already so just hang in there!

The further suspension impacts cruises on 11 Royal Caribbean cruise ships through August 2021. It means the first cruises won’t resume for some of these ships until September at the very earliest. In early April 2021, the suspension was previously extended through June 2021. Here are the cruise ships impacted:

Royal Caribbean is offering a number of options for guests affected by the further cancellations. There is an option for a 125% future cruise credit that allows guests to sail again with the cruise line by September 30 2022. This will have to be rebooked by April 30, 2022.

Also Read: When Will Cruises Resume in 2021?

The Lift and Shift option is still being offered where guests can move an existing booking to next year and protecting the cruise fare. This is only available for guests who are impacted by further suspensions on or after May 20, 2020.

There is always the choice of a full refund that can be requested using an online form. This is good if there is no longer a need for any cruise with Royal Caribbean in the future.

It has been a busy week for Royal Caribbean with new health measures announced for departures out of the Bahamas, Odyssey of the Seas arriving in Port Canaveral for the first time, a further suspension through August, and more cruise ships making a comeback this summer. Do keep checking Cruise Hive for all the latest developments as cruise lines ramp up their restart plans.