Royal Caribbean Cancels Another Sailing Due to Coronavirus

Royal Caribbean has canceled another sailing for its China-based cruise ship Spectrum of the Seas due to the deadly Coronavirus outbreak.

Spectrum of the Seas Canceled Sailings

With the deadly Coronavirus continuing to spread across China and other countries cruise lines are impacted too. The cruise line already announced that two Spectrum of the Seas sailings were canceled but now, a third sailing is also canceled.

Royal Caribbean has said that after consultation with national and local health authorities, the company canceled three sailings through February 8. Also, it is not known yet if further cruises will also be impacted as it all depends on the developments of the Coronavirus outbreak

So this means the following cruises will no longer be taking place:

So far the 5-day cruise which is scheduled to depart Shanghai on February 8 is still going ahead but this could change. We advise those booked on the sailing to check for official updates from the cruise line. Even if it does go ahead there are expected to be a much lower passenger count as cruisers stay away and remain indoors to stop the spread of the virus.

Royal Caribbean only has Spectrum of the Seas based in China but two additional ships are scheduled to join in May and July 2020, respectively. The cruise line is expecting an impact on earnings due to the situation in China.

Other cruise lines including Costa Cruises which is owned by parent company Carnival and Genting Dream Cruises are also canceling cruises out of China. You read our previous post about the other cruise lines right here.

Cruise Lines are keeping guests and crew safe by implementing health screenings and taking on extra medical staff. The outbreak is being monitored and further changes could be announced.

As of writing this the Coronavirus which started from the Chinese city of Wuhan in Hubei province has infected 6,152 and killed 132 mainly in China. The virus is spreading not just in China but to other countries too including the United States, France, Australia and many more.

Spectrum of the Seas is the newest vessel in the fleet and entered service in Spring 2019. She is 169,370 gross tons and a guest capacity of 4,246 at double occupancy. Cruise Hive will continue to keep readers updated on any impact on the cruise industry concerning the virus. 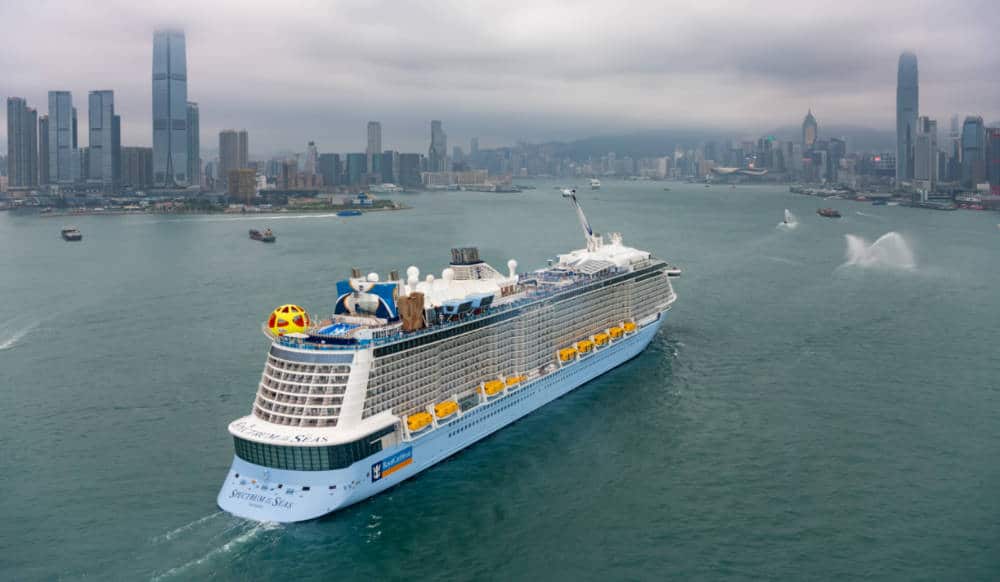