Royal Caribbean has decided to cancel 2020 sailings for Independence of the Seas from the UK so that the cruise ship can call at the newly upgraded Perfect Day at CocoCay private island in the Bahamas.

The Miami-based cruise line has canceled all UK sailings for Independence of the Seas so that the ship can stay at Florida and offer cruises to the cruise line’s updated private island in the Bahamas.

The large vessel was originally scheduled to begin a season sailing from Southampton, UK in May 2020. A total of 17 cruises were planned but now it has been decided the ship will sail out of Port Everglades in Fort Lauderdale, Florida instead.

The reasons for this is a huge interesting in bookings for Royal Caribbean’s newly renovated private island of Perfect Day at CocoCay which is located in the Bahamas. The island destination opened just days ago and will be fully open in December 2019.

Bravo @MyRoyalUK and @RoyalCaribbean for cancelling our 2020 cruise on Independence of the Seas – I’m now dreading telling our 7 year old his dream holiday is no more. Talk about sticking two fingers up at the UK customer base. #RoyalCaribbeanhatetheUK

The cruise line is receiving major backlash after the UK cancellations with many angered cruisers posting on social media.

I'm so sorry for the disappointment, Kimberley. This was never our intention. Canceling a sailing isn't something we take lightly. We hope you can grant us another opportunity to welcome you onboard a future sailing to regain your trust in our brand. -Gabbie

The cruise line is sending letters to all those guest affected by the canceled UK sailings. A full cruise refund is being offered along with a future credit towards an alternative cruise.

The upcoming sailings from Southampton starting this Month will still go ahead as normal with no changes expected. The ship will be based out of the British homeport until its return to Fort Lauderdale in November 2019. Independence of the Seas has already departed Florida on its transatlantic voyage ending at Southampton on May 18, 2019.

Instead of the 2020 sailings in the UK, we can expect the ship to offer Caribbean cruises which will include calls to CocoCay. The island just opened after a huge $250 million renovation which won’t be fully completed until December 2019. You can read more about what the island offers right here.

Independence of the Seas is 154,400 gross tons and has a guest capacity of over 3,800 at double occupancy. The vessel completed an upgrade as part of Royal Caribbean’s Royal Amplified program in May 2018 which added new features including the Sky Pad and new waterslides. 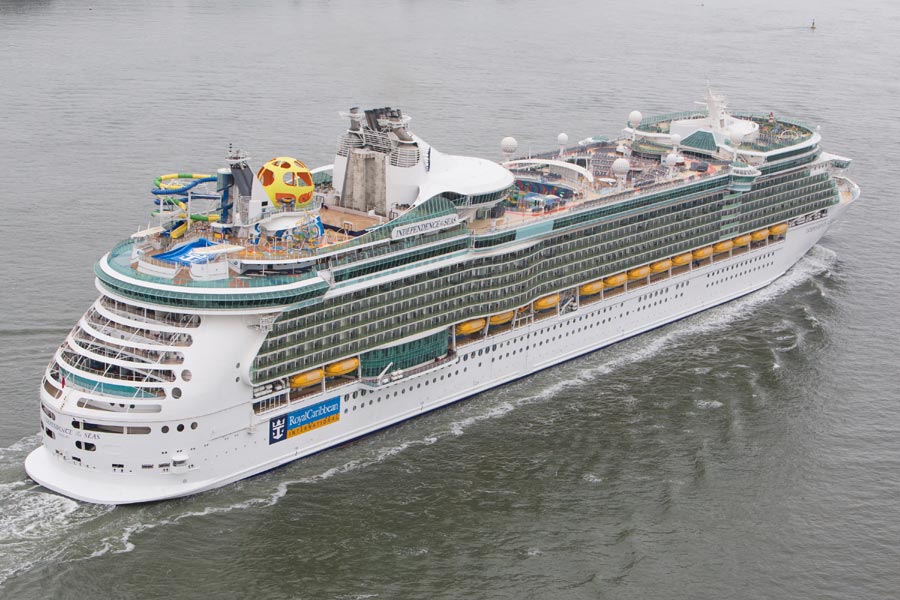