Regent Seven Seas Cruises has revealed what its upcoming luxury cruise ship will look like and we love it! The cruise has also announced some new details before it enters service in 2016.

The Seven Seas Explorer will be on the large side of luxury cruising but not as large as normal sized cruise ship. The vessel looks very streamlined with a similar design to other ships in the Regent fleet.

“We’re building the most luxurious ship ever created, and our loyal guests and travel agent partners are eagerly awaiting detailed information about Seven Seas Explorer,” said Jason Montague, president and chief operating officer of Regent Seven Seas Cruises. “This dedicated microsite provides us with a platform to provide our passionate brand advocates with the latest updates and exciting developments surrounding this extraordinary new ship from now through launch.”

The luxury cruise line has also launched a micro site dedicated to the future vessel. On the site people will be able to keep track of the build process from the Fincantieri shipyard in Genoa, Italy. You also get watch an inspiring video about the Seven Seas Explorer:

The one-stop portal for updates on the stunning 750-guest, all-suite, all-balcony ship, includes sections on milestones and events, yet-to-be announced inaugural season details and general news leading up to the summer 2016 maiden voyage. There is a dedicated section for Seven Seas Society members, the line’s loyalty program, where guests can register for priority reservation details pertaining to the ship’s inaugural season. 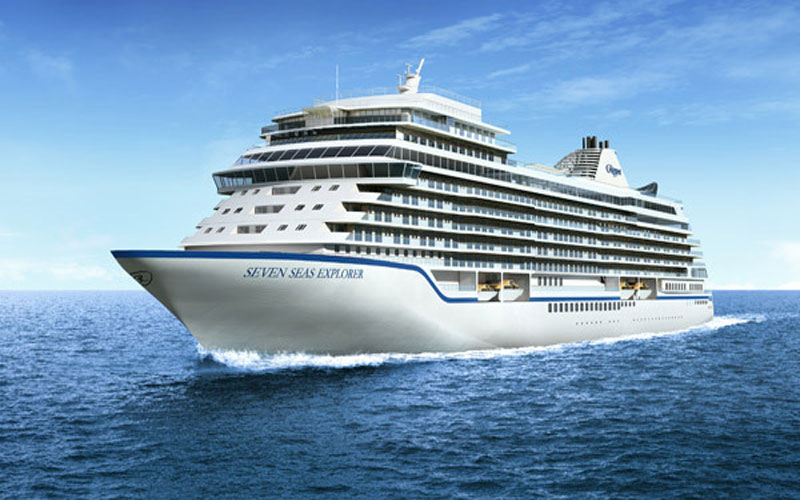