Virgin Voyages has announced that Scarlet Lady will feature a record store along with a karaoke studio and a DJ residency program.

The cruise line which will welcome its first ever cruise ship named Scarlet Lady in 2020 has announced the ship will feature a record store. Richard Branson’s Virgin is going back to its roots from the days we used to actually walk into a store and purchase a record or CD.

The store will be named Virgin Vinyl and guests will be able to listen to music from all eras and genres at a personal station. Especially limited edition albums, music magazines, headphones, and record players can all be purchased at the store.

The first ever Virgin cruise ship will also feature a dedicated karaoke lounge where guest can sing away as much as they like in a groovy looking room which has been designed by Roman Coppola. The Groupie will need to be booked.

The adults-only vessel is one of the most anticipated in a long time and is currently under construction at the Fincantieri shipyard in Genoa, Italy. Once completed the new ship will be 110,000 gross tons with a guest capacity of 2,770 along with 1,160 crew members.

The ship will be based out of Port of Miami, Florida and will sail a range of Caribbean itineraries including calls at Havana, Cuba; Cosa Maya, Mexico; Puerto Plata, Dominican Republic and Bimini in the Bahamas. 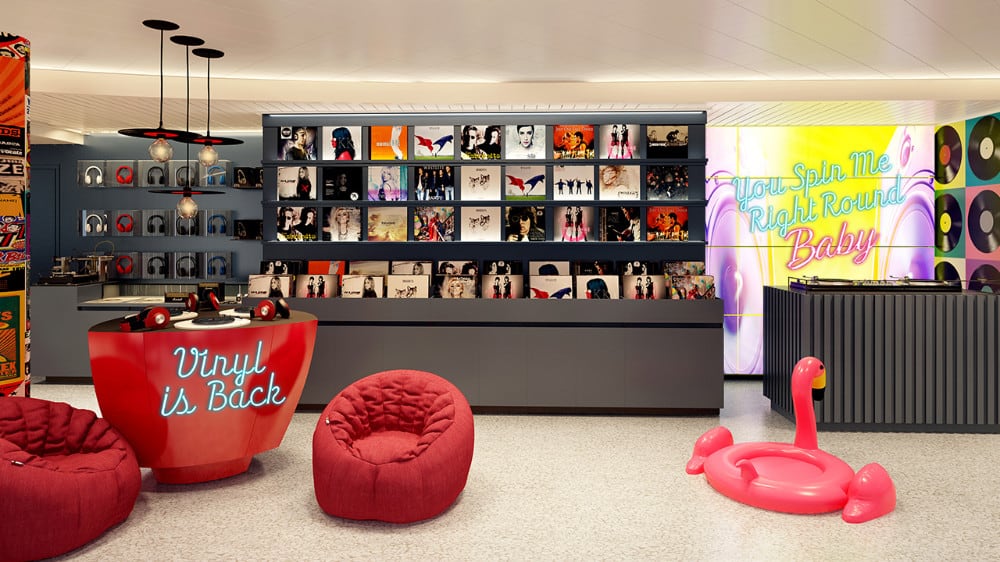