According to a paper published by Macquarie Financial Services, reported by Barrons, it is unlikely that cruising would resume next month.
Read more
Ports

While the cruise industry awaits a decision on the No-Sail-Order for December, the CDC still recommends that travelers defer all cruise travel worldwide.
Read more
Cruise News

It was a week full of cruise news covering major cruise lines including the latest developments on resuming cruises and a mix of different stories, good and bad.
Read more

It’s not often we hear of an airlift from a cruise ship near the southern Welsh coast in Wales, UK but that’s exactly what happened according to the BBC.

An 83-year-old woman fell ill on the 1,000 passenger ship Boudicca which is operated by Fred Olsen Cruise Line on Monday morning. At the time the passenger fell ill the BBC reports that the ship was 24 nautical miles off St Ann’s Head, Pembrokeshire in South Wales.

The RAF airlifted the woman from the 28,388 ton ship and transported her to Morriston Hospital, Swansea. The Hospital is one of the largest in the region and no more details are known of the woman. The local Coastguard received the Mayday message at around 9:20 in the morning.

At the time Boudicca was travelling from Spain to Belfast on a 10-night cruise which started from Belfast on September 6th. Most airlifts occur in busy cruise destinations including Florida and the Caribbean but these rescue operations are important anywhere even in a less known cruise destination like Wales. 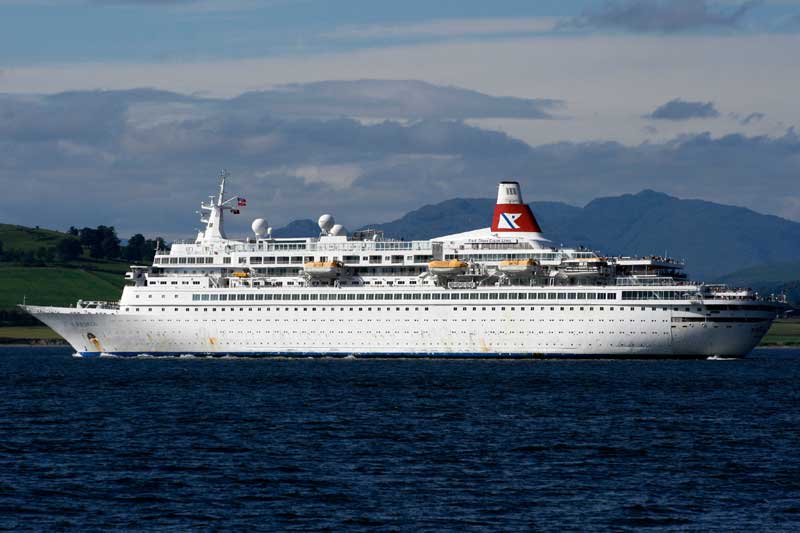