Quick Peek Behind the Scenes at Construction of Scarlet Lady

Virgin Voyages has released a new batch of photos of Scarlet Lady, the first Virgin Voyages cruise ship under construction in Italy.

We don’t get to see too much of the ship as the cruise line already posted one a few days ago which you can take a look at here. The first Virgin ship named Scarlet Lady is currently under construction at the Fincantieri Genoa shipyard in Italy.

Virgin posted three new photos from outside the vessel where we get a good look at the aft, one of the large azipods and some kind of logo which we think could be part of the funnel. For good measure, we also added front view f the vessel which was posted previously.

Scarlet Lady Under Construction
1 of 4

Scarlet Lady still has a while to go yet with some major construction milestones still to come along with outfitting all the interior spaces. The ship will arrive in 2020 and she will be one of the most anticipated new cruise ships ever.

The Virgin Voyages vessel will be for adults-only at 110,000 gross tons and with a passengers capacity of 2,700. She will be based out of Miami, Florida offering week-long Caribbean itineraries including on select sailings a call to Havana, Cuba. The ship will not feature the traditional dining rooms and will offer free specialty dining instead. 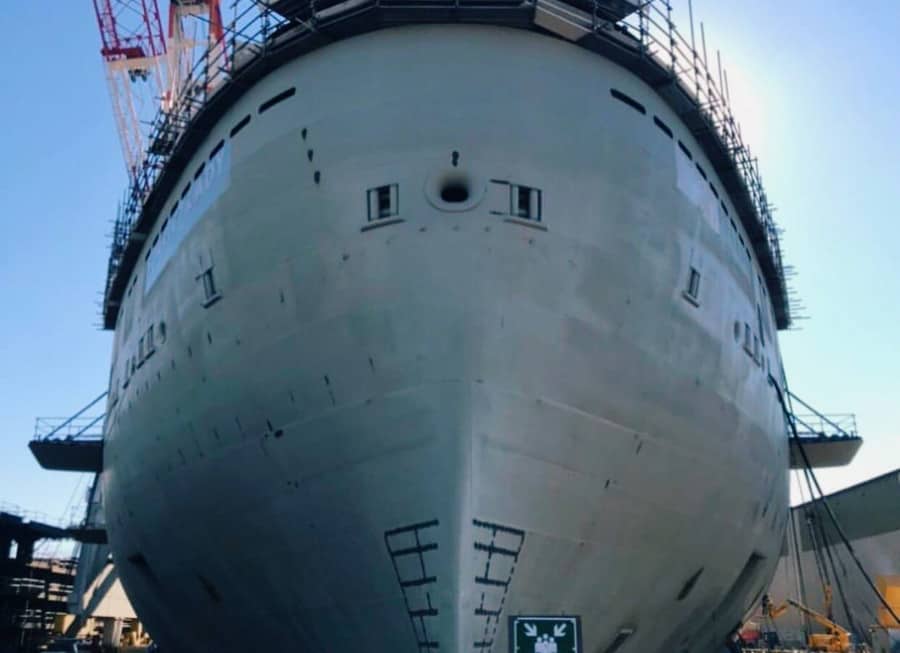