It's looking like Spanish-based Pullmantur Cruises that is partly owned by Royal Caribbean might be brought back to business.
Read more

Just in case you missed the news, just days ago the Queen Victoria cruise ship which is part of Cunard Line made a major milestone.

The large ship arrived at the British port of Liverpool on Friday (May 30th 2014) to celebrate 100 years since the RMS Aquitania set sail from Liverpool to New York for the very first time. The 90,000 ton ship arrived into the city where Cunard Line first began so there is a lot of history too.

When the ship arrived a rocket man welcomed it who also got close enough to the captain, Commodore Christopher Rynd to salute him. The board which Mt St John rides can go upto 45 feet high and has also been used on the Mersey before. You can watch him greeting the ship in the video below:

The Queen Victoria stayed docked on the Mersey River overnight and it wasn’t any overnight stay as there was a fireworks display to celebrate along with hundreds of people lining the waterfront. Passengers onboard also enjoyed the festivities and it sure will be a cruise to remember. The majority of guests are British and American.

Then the next day the ship departed Liverpool at around 4 pm with again more people lining the waterfront. Music was blasting out to the delight of the crowds which was “The Leaving of Liverpool” song. 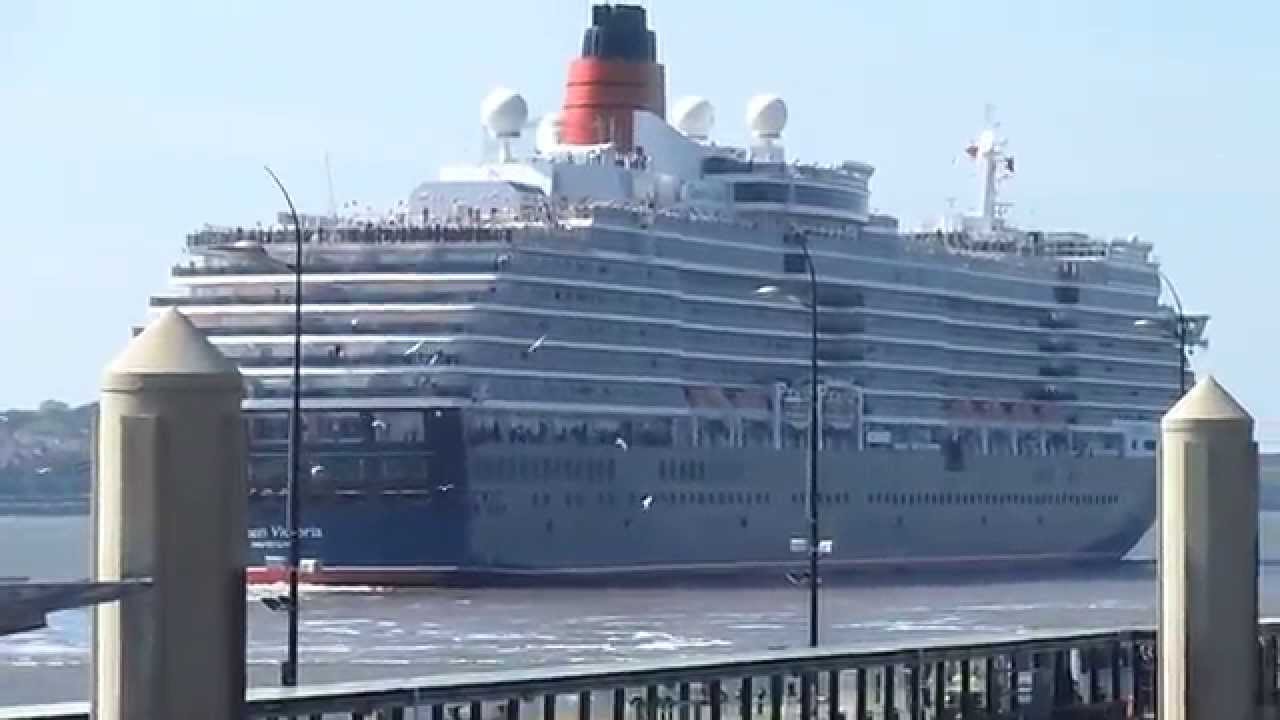