Queen Mary 2 Has Been Completely Remastered

One of the most iconic cruise ships in the world has completed its huge multi million pound dry dock in Hamburg, Germany. it has been one of the largest ever drydock operations for Cunard Line which is operating its 176th year.

The 150,000 gross ton ship has arrived into Southampton, UK waters today. The vessel was flanked by fleet royalty Queen Elizabeth and Queen Victoria, to be greeted by a host of high-profile guests. The ship will then continue towards New York on the first official sailing since the refurbishment. The ocean liner entered the Blohm & Voss shipyard on May 25 and has had may new features and enhancements added:

Good morning #QE! The #3Queens are reunited in Southampton as we welcome home #QM2Remastered pic.twitter.com/IOGfCAYTfX

To all our German fans, #QM2 has arrived home safely. Thank you for taking such great care of our beautiful Queen! pic.twitter.com/tXRSCEkh6C

Over one million man hours has gone in to the refurbishment, over a 25 day period, 594,000 square feet of luxurious new carpets (the equivalent of 10 British football pitches) has been laid, 4,000 new framed pictures have been brought on board and over 3,900 gallons of paint have been applied to the ship’s hull – are just a few examples of the sheer size and scale of these refurbishments.

First sighting of #QM2Remastered as she heads to Southampton for her grand unveiling. Send us your pictures! pic.twitter.com/gqRgT1mmGD

“The significant investment into our flagship, Queen Mary 2, is indicative of our commitment to our guests, and to the special place that the ship holds, not only for those who are passionate about our famed ship, but also for the unique position she holds in the cruise landscape. From her spectacular debut in 2004, to her current remastering, Queen Mary 2 continues to capture the imagination of those who experience her classic ocean liner voyages.”

For an inside look at what was done during the remastering of Queen Mary 2 you take watch some video which Cruise Hive previously posted. The ship is one of the most famous in the world and is great at sailing transatlantic voyages as well as Global cruises. 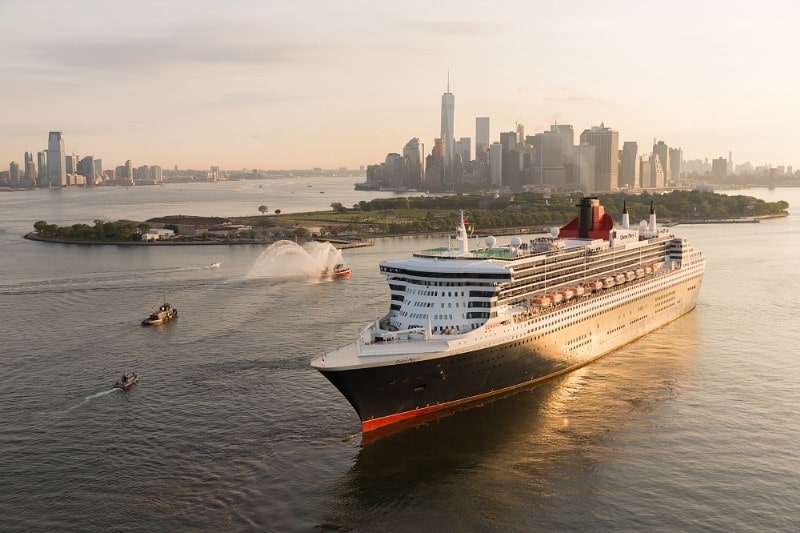