The technical issue has been resolved and the ship is now functioning as normal. The ship set sail yesterday afternoon towards Motu Mahana.

The technical issue has been resolved and the m/s Paul Gauguin sailed from Bora Bora yesterday afternoon en route to Motu Mahana (off the coast of Taha’a), which is the line’s private island, and will arrive this morning as scheduled.

The rest of the itinerary remains as originally scheduled with the ship sailing at 5:00 p.m. today to Moorea to arrive Thursday morning.  The Gauguin will then overnight in Moorea and depart Friday at 5:00 p.m. for a 7:30 p.m. arrival into Papeete, Tahiti, on August 19, 2016.  The cruise concludes on August 20, 2016.

Once the technical issue has been resolved, the ship will sail on its originally scheduled itinerary later today to Taha’a (Motu Mahana) Paul Gauguin Cruises’ private island off the coast of Taha’a to arrive Wednesday morning to spend the day, then depart for Moorea at 5:00 p.m. The ship will be in Moorea Thursday and Friday, before departing for Papeete, Tahiti, on August 19, 2016, for a 7:30 p.m. arrival, to overnight as scheduled. The cruise concludes on August 20, 2016.

In Bora Bora, the ship has been running tender service to and from Vaitape as well as to the line’s private beach in Bora Bora so guests can enjoy the island. Paul Gauguin Cruises has also arranged shore excursions in Bora Bora and has provided a complimentary shore excursion per guest.

Paul Gauguin Cruises will provide a compensation plan to guests, once the technical issue is resolved and the total impact on the itinerary has been determined.

The Paul Gauguin cruise ship has been hit by a propulsion issue which has affected the ship’s current sailing.

Cruise Critic reports the 19,200 gross ton vessel has been stuck in Bora Bora, French Polynesia for the past few days. All services onboard are working normal and passengers are not at any risk. In a statement, Paul Gauguin Cruises said the problem was related to electronic cards and a service engineer from France was to join the ship to help fix it.

While the ship has been stuck in Bora Bora guests have been able to visit the island via tenders to Vaitape, the largest city on the island. Extra tours have been put on by the cruise line for passengers to enjoy.

The Paul Gauguin cruise ship is calling at Motu Mahana, the cruise lines private island this morning. The itinerary has been altered and the cruise line is working on compensation the passengers. Cruise Hive has contacted Paul Gauguin Cruises for the latest details and will update this post once we know more. 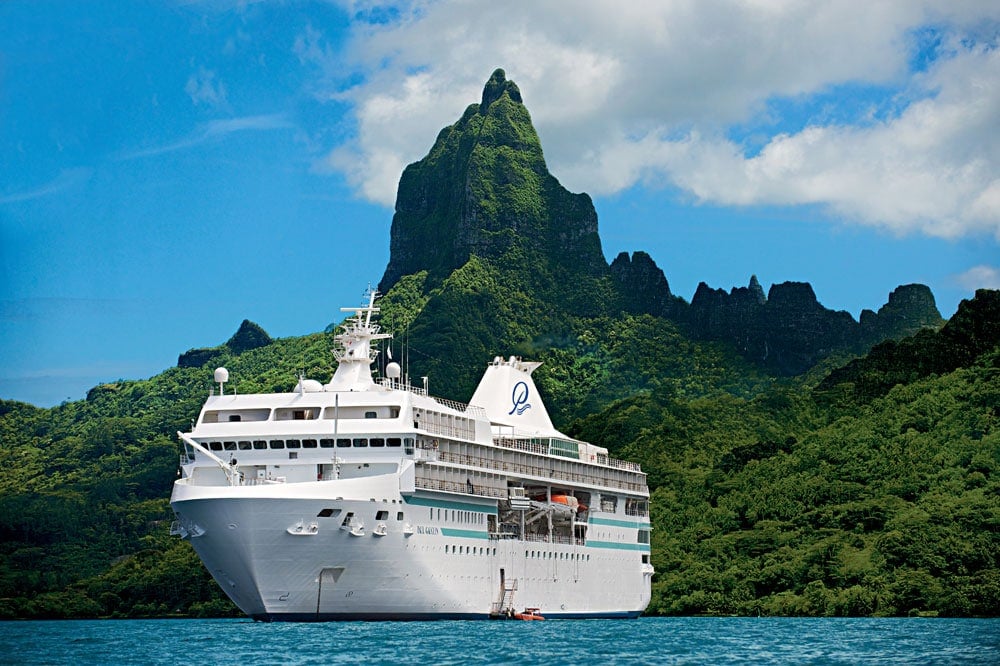