Is Royal Caribbean Planning to Homeport in Cozumel?

We’ve seen a lot of images and videos of the world’s largest cruise ship but when we came across this we just had to share it with you.

Simon Higton posted stunning footage of Harmony of the Seas, the world’s largest cruise ship which is operated by Royal Caribbean. Using DJI Mavic Pro drone Harmony of the Seas was filmed just as it started pulling away from the pier in Labadee, Haiti. No details were posted on the exact sailing date but the vessel was on a recent 7-day itinerary which does include calls in Mexico, Jamaica, and Haiti.

Just enjoy the stunning views below in 4K as the drone moves directly above the Royal Caribbean ship where she is hard at work pulling away from the pier:

Harmony of the Seas Video

Harmony of the Seas is based out of Port Everglades, Florida and sails week-long Eastern and Western Caribbean cruises. By watching the ship above you get to see the power of its propulsion systems as it maneuvering away to begin its journey to the next port of call.

The ship is the third Oasis-class and entered service in Spring 2016. Harmony of the Seas is 227,000 gross tons and can carry over 5,400 passengers at double occupancy.

A fourth ship named Symphony of the Seas is already under construction and will be slightly larger making it the new biggest cruise ship in the world. Best to enjoy the title while she can! 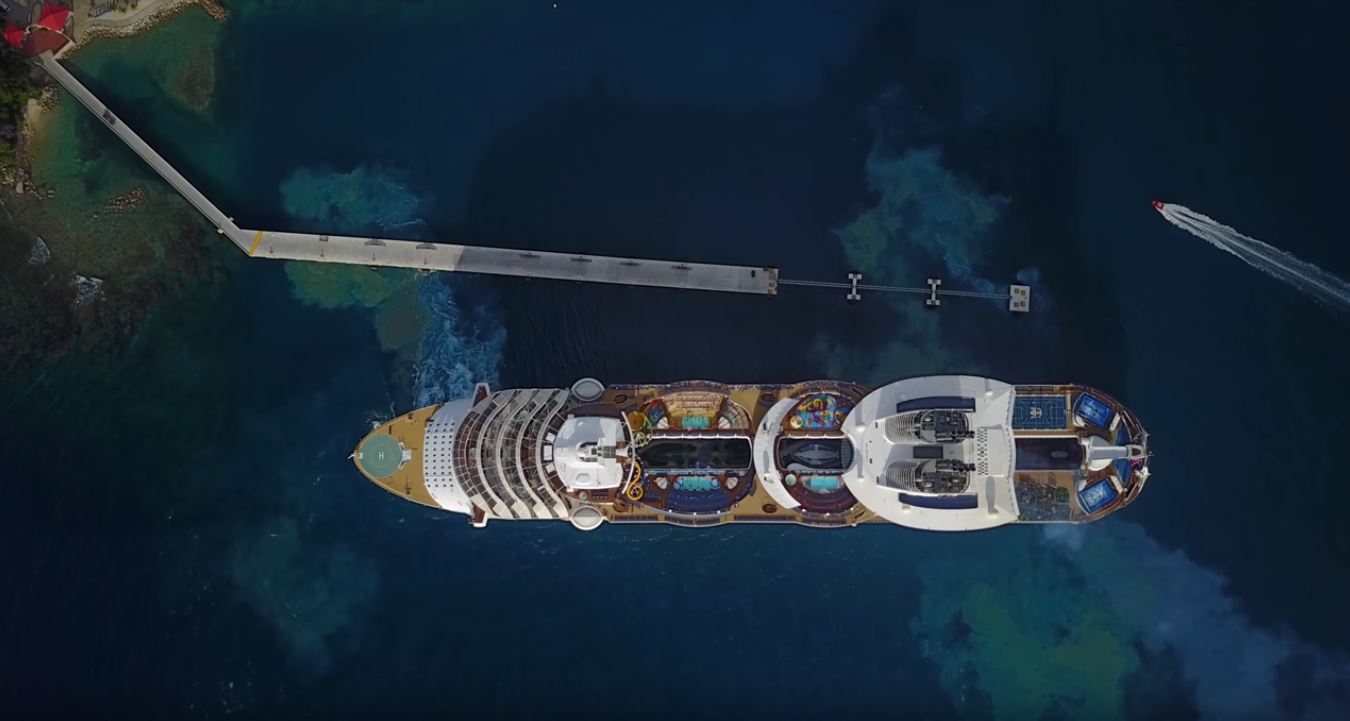