Princess Cruises has announced that it has ordered a new 142,000 ton ship from the Italian ship builder Fincantieri.

The vessel will be the same as Royal Princess and Regal Princess which are already in service for the cruise line. The unnamed ship is expected to be built by 2017 at a cost of 600 million euros.

“We are incredibly excited to add this fabulous new ship to our already formidable fleet,” said Jan Swartz, Princess Cruises president.  “Royal Princess and Regal Princess have been exceptionally successful for us and have received numerous accolades from guests, travel agents and media, so adding another sister ship will enable us to continue to expand our innovative vacation experiences.  We’re very pleased that this new ship order is an indication of the confidence that our parent Carnival Corporation has in the future of the Princess brand.”

The ship is set to receive all the usual onboard features that Princess Cruises is known for. This includes the movie under the stars experience with the huge outdoor screen and the adults only sanctuary. The ship will also bring some new experiences and features to further progress the cruising experience.

Giuseppe Bono, Fincantieri Chief Executive Officer, commented: “All the orders we win are important for our Group, but some are more special than others. The one we’re announcing today certainly belongs to this select category. In fact, it’s no coincidence that Fincantieri is the universally recognised leader among the builders of cruise ships. It’s a source of great pride to be able to immediately build another ship for a prestigious brand like Princess Cruises following the successful deliveries of two jewels like ‘Royal’ and ‘Regal’, which have already become part of maritime history.”

Bono ended by saying, “Our objective has always been to build ships of the future, and thanks to the Carnival Group, the leading market player, which has reconfirmed its well-founded confidence in us, we have proven over time not only to have kept faith with this ambitious goal but also to have been able to consolidate our world leadership in a sector of absolute technological excellence, like cruise ships.”

Princess Cruises is owned by Carnival Plc and there had been a lot of rumor hovering around the cruise industry that Carnival would order a new vessel to be delivered in 2017. Until this announcement Carnival had no new cruise ship to be built by 2017 so this now confirms the rumor. It was also predicted in our previous report that the new ship would be ordered in August so only wrong by one day!

Princess Cruises will be releasing more details about the ship over time and Cruise Hive will keep track of any new major news. The new ship will be 142,000 tons and carry 3,560 passengers. No name has yet to be chosen. 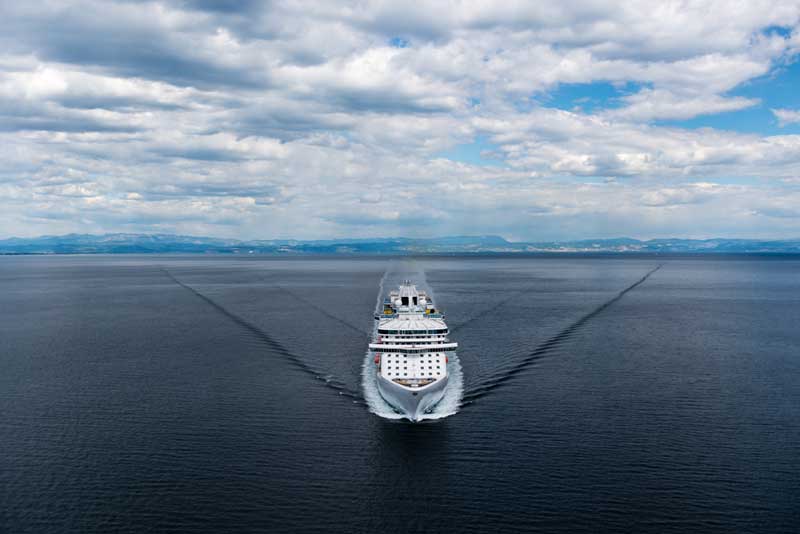