Princess Cruises to Have Its Largest Alaska Deployment Ever in 2019

Princess Cruises will celebrate its 50th year sailing Alaska with its largest ever deployment in the region for 2019 and 50 percent deposits.

The 2019 season in Alaska with Princess Cruises is going to be one to remember with the cruise line’s 50th anniversary sailing the region. As a result, Princess Cruises will have its largest ever deployment in Alaska and that means more options for cruisers! This also means the cruise line is offering 50 percent reduced deposit for any 2019 Alaska voyage for those in North America, Asia, and Australia, this is worth taking advantage of.

“Our upcoming 2019 Alaska season marks our 50th year taking guests to this bucket-list destination, that for most is a life-changing experience offering breathtaking scenery and awe-inspiring moments.”

“In 1969, Princess Italia was our first ship to bring 525 passengers to Alaska. In 2019, we will mark another milestone by bringing Royal Princess, our largest ship ever deployed to this region, with more than 3,500 guests.”

In 2019 Princess Cruises will deploy 7 cruise ships to the region along with the inaugural Alaskan season of Royal Princess which will be the largest ship in the fleet to ever sail in the region. There will a huge amount of special tours and land experiences for guests to enjoy including Princess Wilderness Lodges and Denali National Park.

Voyage of the Glaciers

Princess’ most popular sailings between Vancouver and Whittier features two glacier-viewing experiences on every voyage, with visits to the UNESCO-listed Glacier Bay National Park plus either Hubbard Glacier or College Fjord. These seven -day cruises are offered aboard Royal Princess and Golden Princess (departing Saturdays) and Coral Princess and Island Princess (departing Wednesdays). Every northbound Voyage of the Glaciers itinerary on Island Princess includes Icy Strait Point.

This awe-inspiring part of Alaska, known for its lush scenery and pristine fjords, will be featured on seven-, 10- and 12-day roundtrip voyages from Seattle, San Francisco and Los Angeles:

Princess will put its Cruisetours and cruise itineraries on sale on December 14, 2017 where cruisers can take advantage of major savings. The sale will run through April 30, 2018, and includes any sailing in Alaska with 50 percent reduced deposits. Elite status guests can gain access to the bookings a day early on December 13, 2017.

So if you are thinking of booking a cruise in Alaska for 2019 then try to get it done before April 30 where you can save and enjoy the Princess experience. 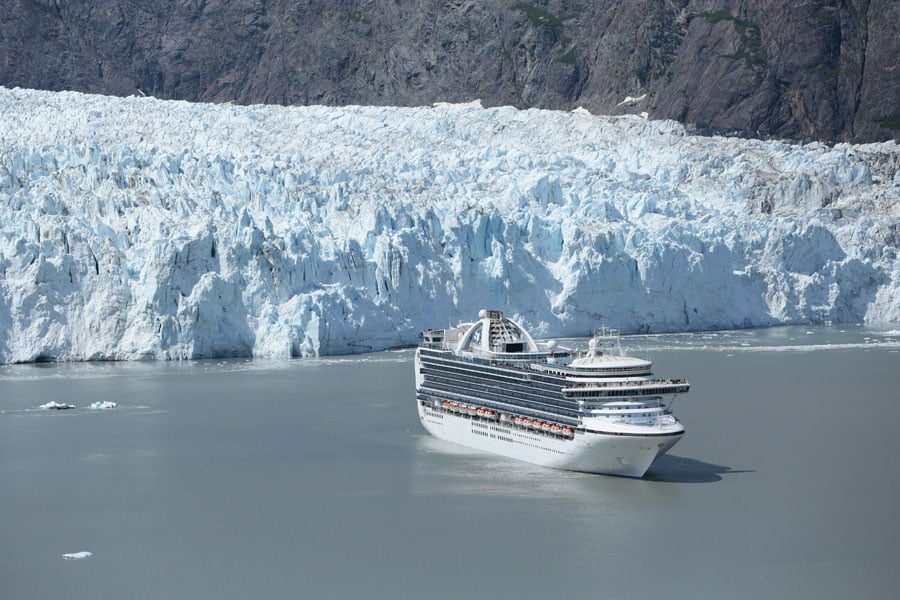