Princess Cruises has kicked off its 50th Anniversary celebrations with its first ever float in the 126th Rose parade float on new years day. The float, themed “50 Years of Inspiring Travel” was awarded the prestigious Craftsman Trophy for Exceptional Achievement in Showmanship and Dramatic Impact.

The Rose Parade float depicted the line’s newest cruise ship Regal Princess symbolically sailing through the world’s fascinating destinations and iconic landmarks that guests have experienced with Princess for the past 50 years.

“Since the theme of this year’s Rose Parade was ‘Inspiring Stories,’ we thought it was the perfect opportunity to launch our 50th anniversary year celebrations,” said Jan Swartz, president of Princess Cruises. “For the last five decades our guests have been sailing with us to amazing places and they’ve returned with inspiring memories that have lasted a lifetime, and we want to celebrate this throughout our golden anniversary year.”

The Love Boat cast are also the God Parents to the cruise lines newest 142,200 ton ship Regal Princess which was christened in November 2014 after its inaugural cruises in Europe. You can watch the video below to see whats to come in Princess Cruises anniversary year:

As a tribute to Princess’ 25,000 crew members and employees around the world who the company credits for delivering incredible cruise vacations to their guests, the float incorporated flower vials that were personally signed by 16,0000 employees, signifying their important role in the company’s successful past and exciting future. 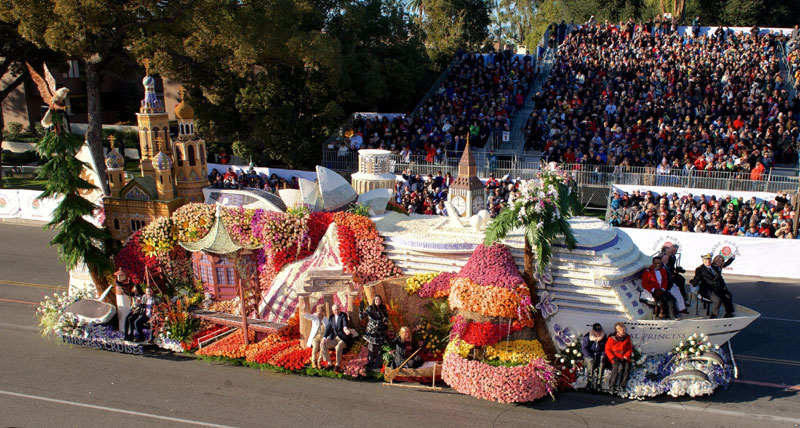