Princess Cruises ‘The Cruise Ship’ Documentary To Debut On 11 July

Princess Cruises has announced that its upcoming ‘The Cruise Ship’ documentary will make its debut UK television on July 11th 2014.

The new four-part documentary will be aired on ITV and will broadcast weekly every Friday at 8pm. The new program will be featured on the cruise lines flag-ship Royal Princess which entered service in June 2013.

Paul Ludlow, Princess Cruises’ managing director UK and Europe, said: “We are thrilled that ITV chose Royal Princess as the focus for this upcoming series. Viewers will get unparalleled insight into this magnificent ship and her crew.

“Cruise holidays are an increasingly popular choice in the UK and we are confident that this series will widen the appeal even further.”

The documentary will show all the behind the scenes footage onboard the vessel including areas that passengers are not too familiar with. The ships passengers and crew will feature on the new TV program and we’re sure the odd officer here and there.

The filming took place while the Royal Princess was cruising in the Caribbean and the Bahamas. ‘The Cruise Ship’ will be narrated by Cold Feet and Fast Show star John Thompson.

Royal Princess is the first of two new class cruise ships for Princess Cruises at 142,714 gross tonnage and carrying 3,600 passengers. The ship was christened by Her Royal Highness The Duchess of Cambridge on June 13th 2013. 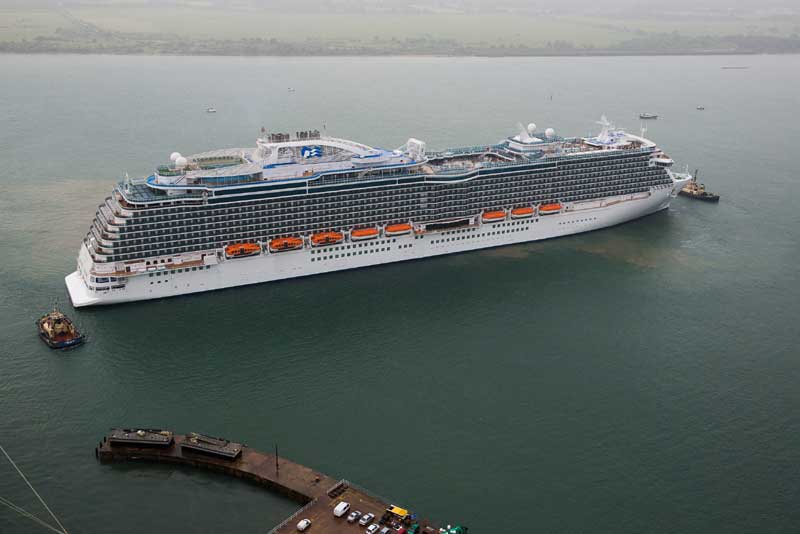