Princess Cruises is aiming to break a Guinness World Records title for the largest multi-location vow renewal in 2020.

Officiated by the very first Bachelorette couple Trista and Ryan Sutter, the ceremony will take place onboard MedallionClass-ship, Royal Princess, setting sail from Los Angeles February 10-15, 2020, on a five-day, round-trip cruise to Mexico that includes an overnight stay in Cabo San Lucas, home of Lover’s Beach.

Couples on Regal Princess will renew their vows in a ceremony officiated by Gavin MacLeod, who portrayed the endearing Captain Stubing with his television daughter, Jill Whelan, who played Vicki, serving as matron of honor.

The mass renewal of vows ceremonies will take place simultaneously on February 11, 2020, with two official GUINNESS WORLD RECORDS Adjuducators on each ship to verify the record.

The very first couple to marry from The Bachelorette, Trista and Ryan Sutter met and fell in love in 2002, when she was America’s first Bachelorette, on the most popular reality dating show in television history.

The couple wed on December 3, 2003, drawing over 26 million viewers, making it one of the most-widely viewed episodes in all of reality television. They celebrated their fifth wedding anniversary serving as the godparents of Ruby Princess in 2008. The couple currently resides in Vail, Colo., with their two children Max and Blakesley.

“We’re honored to officiate this world record title attempt, renewal of vows ceremony onboard Royal Princess, reminding couples about the importance of making time to celebrate romance and their love for one another.”

“Ryan and I are also celebrating 16 years of marriage this year and know first-hand that a cruise is the perfect way to reconnect with one another.”

Additional romantic touches and activities will be available on both cruises, offering the perfect way to celebrate Valentine’s Day in 2020. 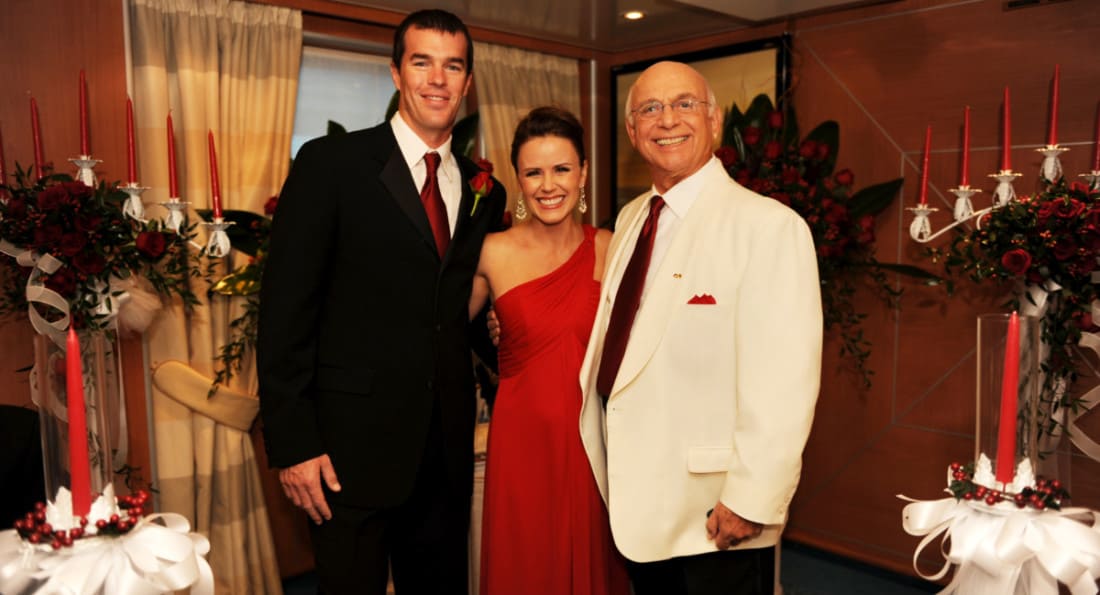