Princess Cruise Ship Returns To Port Due To Hull Damage

The hull of the Grand Princess cruise ship has sustained damage and as a result forced to head back to port.

Princess Cruises has stated that Grand Princess did sustain some damage to its hull while at sea from Honolulu, Hawaii. For some reason the ships tender platform opened unexpectedly and caused some damage. The platform which is used to tender passengers to and from land when anchored in port is not part of the ships watertight integrity.

The localised damage has been contained and the Grand Princess captain has been keeping guests updated on the situation. Due to the damage the ship has been forced to cancel the current itinerary and head straight back to port to begin repairs. The vessel is sailing to Honolulu, Hawaii and will arrive this afternoon, December 5. The Grand Princess will also be undergoing a scheduled dry dock and won’t be back in service for some time.

SANTA CLARITA, Calif. (December 3, 2016)  While at sea after departing from Honolulu, Hawaii, a tender platform on the starboard side of Grand Princess opened, for reasons yet unknown.  The platform sustained damage, such that it could not be closed. Although the platform is not part of the watertight integrity of the vessel, as a result of it opening, the hull sustained minor localized damage which has been secured.  The Captain has confirmed that the ship is safe and secure and he is communicating updates to guests on a regular basis.

The ship is now returning to Honolulu in order to initiate a repair.  This unfortunately requires us to end the cruise early and fly all guests back to San Francisco.  We very much regret this disruption. Grand Princess will arrive in Honolulu on Monday, December 5 in the afternoon.

All guests will receive a refund of 50% of their cruise fare and a future cruise credit equal to the same amount of this cruise fare refund.  Princess Cruises will assume the costs to fly guests back to San Francisco including overnight accommodations and transfers as needed. We will also protect the commission of our Travel Agent partners.

Grand Princess is on day 10 of a 15 day cruise that left San Francisco on November 23. Following this cruise, Grand Princess will go into an already scheduled dry dock.

Sadly passengers won’t be able to enjoy the remainder of the voyage and Princess Cruises will fly everyone back to San Francisco, the ships home port. All guests will receive a 50% refund of the cruise fare and a future credit towards a cruise. The cruise line will cover all costs to fly guests back.

Grand Princess was sailing a 15-day voyage which departed its home port of San Francisco on November 23. The ship is 107,500 gross tons and can carry over 2,600 passengers at double occupancy. 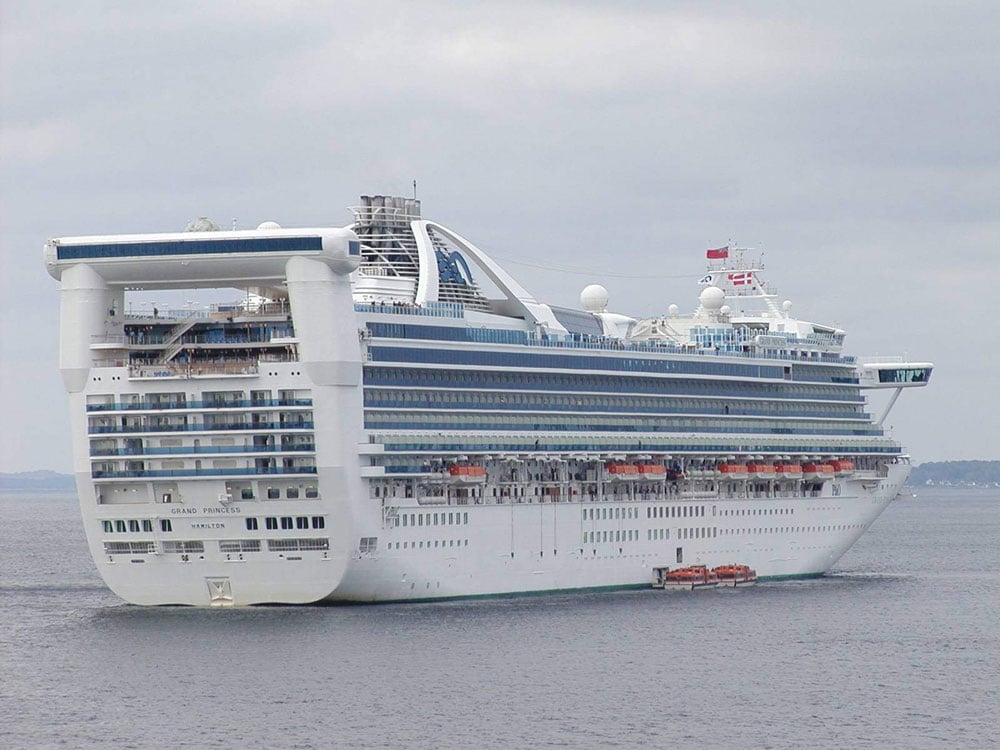