Pacific Princess which is operated by Princess Cruises has come to the rescue of three fishermen who were adrift at sea in a liferaft in the North Sea.

The Princess cruise ship came to the rescue of the fishermen while adrift in the North Sea for four hours on the east coast of England. They were spotted in their liferaft after setting off an emergency flare on Saturday evening.

The captain brought Pacific Princess alongside the raft and they were rescued. Cruise guests watched the rescue unfold from the open decks and many posted on social media.

Twitter user Alexandra Rosen kept everyone updated with live tweets. They were brought onboard the Princess cruise ship as guests watched on the starboard side. The operation took around 1 hour and the three fishermen were later taken to the popular ship port of Dover in southern England.

BREAKING: it looks like there are three men in total on this vessel. We don’t know how long they’ve been stranded @cnn @FoxNews @msnbc pic.twitter.com/2Cwp9dhcgU

BREAKING: Many Pacific Princess passengers are gathered on the starboard side to witness the rescue pic.twitter.com/QJwcr6Kxjf

The fishermen were from a boat which sank in the North Sea around 25 miles off the coast of Great Yarmouth. There were five crew onboard the vessel and sadly the bodies of the two other fishermen have been found. The Coast Guard and local ships in the region were all involved in search efforts.

BREAKING: There are over 10 vessels in our general vicinity who are aiding in the search and rescue effort. Things are pretty tense but we remain optimistic.

Pacific Princess did go off course due to the rescue but was later released by the Coast Guard so that the ship could continue its journey. The ship sailed towards its scheduled port of call in Dover before departing on the 15-night British Isles and Iceland cruise.

The Princess cruise ship 30,280 gross tons and has a guest capacity of 670. It is the smallest ship int he fleet offering a more intimate cruise experience. 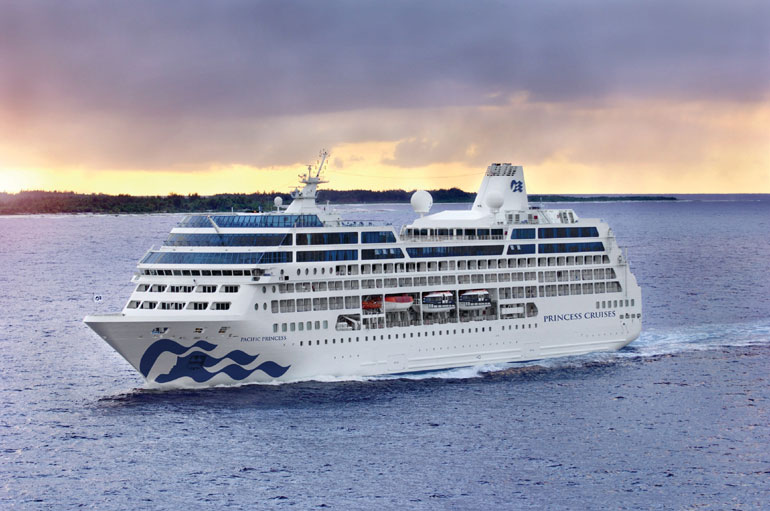