Princess Cruise Ship Quarantined With 2,666 Guests Due to Coronavirus

Princess Cruises has provided an update on its quarantined cruise ship in Yokohama, Japan due to the deadly Coronavirus.

As the Coronavirus takes hold of China and continues to spread across the globe the cruise industry has become an important factor in stopping the spread between countries. Princess Cruises has confirmed its Diamond Princess cruise ship will be delayed in Japan due to quarantine from the Japanese health authorities.

A guest from Hong Kong who boarded the vessel on January 20 in Yokohama ended up being in hospital after he disembarked the ship during its call in Hong Kong on January 25. The man later tested positive for the coronavirus and as a result, the entire ship needs to be quarantined.

Princess Cruises has confirmed the turnaround of Diamond Princess has been delayed for approximately 24 hours to allow Japan public health authorities the opportunity to review the health status of all guests and crew on board.

On the previous voyage, a guest from Hong Kong, embarked in Yokohama on January 20, sailed one segment of the itinerary, and disembarked in Hong Kong on January 25. He visited a local Hong Kong hospital, six days after leaving the ship, where he later tested positive for coronavirus on February 1. While on the ship he did not visit the ship’s medical centre to report any symptoms or illness. The hospital reports that he is in stable condition and the family members traveling with him remain symptom-free.

The safety, security and well-being of all guests and crew is our absolute priority. The review of the arriving guests and crew, by Japanese health authorities, is standard practice after a guest tested positive for coronavirus and we are working closely with the local authorities to provide detailed records to facilitate their review.

Diamond Princess arrived in Yokohama early from a 14-day round trip itinerary, which departed from Yokohama (Tokyo) on January 20 and was scheduled to return on February 4. There are 2,666 guests and 1,045 crew on board.

With health officials keeping the Diamond Princess in port to review the vessel and make sure there are no possible infections, the ship is being delayed by 24 hours. The Princess ship arrived back at its homeport earlier than the originally scheduled arrival on February 4.

There are 2,666 guests onboard the ship along with 1,045 crew members and none of them will be able to disembark during this process. The ship is scheduled to depart on Tuesday on a 8-day voyage including calls in Japan and Taiwan.

Diamond Princess which is based out of Japan has a gross tonnage of over 115,000 with a guest capacity of 2,700 at double occupancy.

The Coronavirus currently is a major concern for the world since it first started from the Chinese city of Wuhan in Hubei province. The virus has so far infected more than 19,000 around the world and killed 426 with the majority of those in China. 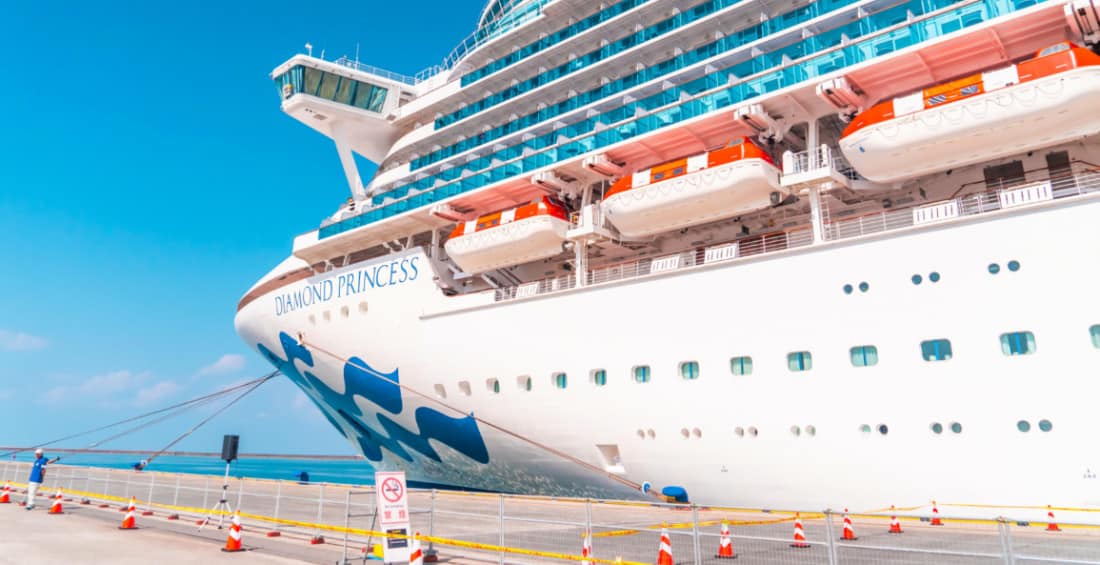