Royal Princess which is one of the largest ships in the Princess Cruises fleet is less than 200 days away from its U.S. West Coast debut.

The Princess Cruises will debut out of Port of Los Angeles in less than 200 days. The ship will begin cruising to the Mexican Riviera from March 23, 2019. The ship is iconic for Princess as being christened by Her Royal Highness, Catherine, The Duchess of Cambridge in 2013. The ship is also the first in the Royal-class and helped expand the Carnival-owned cruise line with new features and offerings.

“The anticipation of the arrival of Royal Princess is growing as we officially announce the 200-day countdown that will welcome one of our newest, most elegant ships in our global fleet to the U.S. west coast and long-term home at the Port of Los Angeles.”

“Now guests have the opportunity to experience this exquisite floating resort, our world-class service and best-in-class dining to sought-after destinations like the Mexican Riviera, California Coast, Hawaii and Alaska.”

Before Royal Princess begins cruises from the U.S. west coast she will undergo a wet dock. The ship will have some new features including new equipment in the Lotus Spa and fitness center, as well as the arrival of the cruise line’s relaxing “Princess Luxury Bed.”

Starting in March 2019 Royal Princess will sail on a series of cruises from Los Angeles (San Pedro) to the Mexican Riviera with port calls in Mazatlán, Puerto Vallarta and Cabo San Lucas,

From Los Angeles, Royal Princess will sail up the Pacific Coast on a seven-day Coastal voyage departing May 4, 2019 to Vancouver to begin her maiden voyages to bucket-list destination Alaska.

The Alaska season begins on May 11, 2019 and Royal Princess will offer 18 “Voyage of the Glaciers,” seven-day cruises, sailing between Vancouver and Anchorage (Whittier) with port stops in Ketchikan, Skagway and Juneau with scenic cruising in Glacier Bay National Park, plus an additional glacier viewing experience at either Hubbard Glacier or College Fjord. Guests can also spend time in the interior of Alaska with a variety of cruisetour offerings, with stays at Princess Wilderness Lodges and visit Denali National Park. In 2019, Princess Cruises celebrates 50 years of cruising in Alaska and takes more guests to the Great Land than any other cruise line.

Royal Princess ends her 2019/2020 season with a seven-day Pacific Wine Country cruise from Los Angeles to Vancouver departing on May 9, 2020.

The 3,560-guest Royal Princess first debuted in Southampton in June 2013 and was officially christened by HRH The Duchess of Cambridge. Significant to this ceremony was the fact that her mother-in-law, Diana, Princess of Wales, christened the original Royal Princess in 1984. 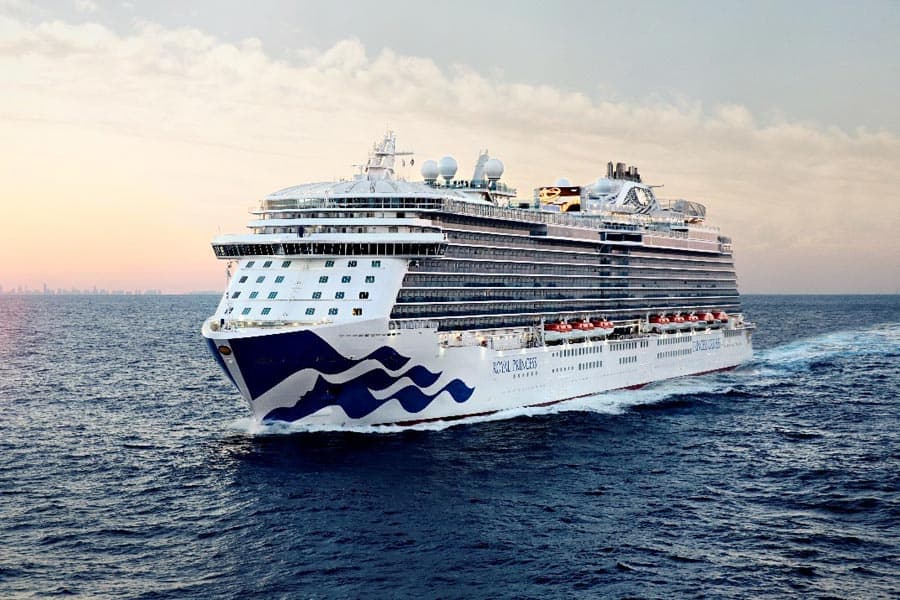