Princess Cruise Ship Gets The Norovirus

MSC Cruises has announced the cancellation of cruises until March 2021. This only impacts U.S. sailings
Read more
Princess Cruises

Princess cruises will roll out its ‘Internet of Things’ based new wearable upon resumption of cruises in 2021, throughout its entire fleet.
Read more
Carnival Cruise Line

Carnival Cruise Line has provided a major update that includes another delay for the new Mardi Gras cruise ship and cruises in February out of three homeports.
Read more
Royal Caribbean

A new video message from Royal Caribbean Group Chairman and CEO, Richard Fain has been released with some new hope after vaccine news.
Read more

The Coral Princess has been hit with the Norovirus bug on its recent cruise that came to an end today (April 27th).

The Coral Princess which is operated by Princess Cruises has been hit by the a gastrointestinal illness which causes vomiting and diarrhea. The illness is usually known as the Norovirus which can also be found on land. the Centers for Disease Control (CDC) has stated on its site that 71 passengers out of 1,958 were taken ill by the virus along with 6 crew members.

Once the outbreak onboard was known Princess Cruises activated sanitation procedures which includes more cleaning across all departments of the ship and keeping guests informed on what to do. This is common on cruise ships and all cruise lines have plans for these situations.

The CDC has sent Vessel Sanitation Program environmental health officer to inspect and investigate the outbreak on Coral Princess when it arrives in Los Angeles, California today. The 88,000 gross ton cruise ship was sailing a Panama Canal cruise that departed Fort Lauderdale, Florida on April 12th. There will be extra cleaning and sanitation by the ship’s crew before the next 5 day pacific Coastal cruise begins from LA. 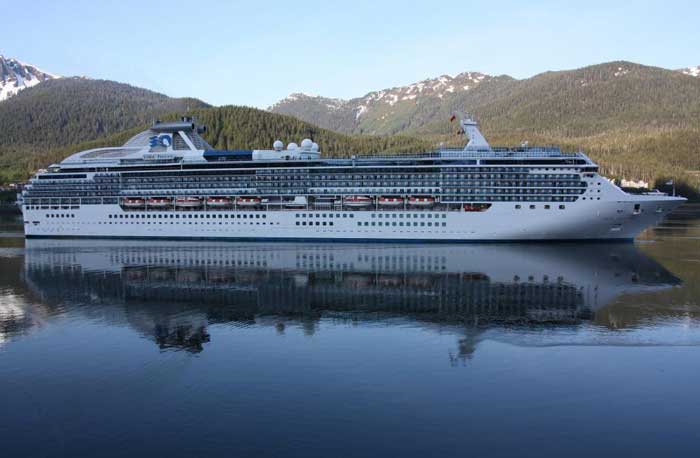